For Leaders: Why Getting Too Comfortable is the Path to Discomfort

When onboarding into a new leadership role, it’s essential to converge into the organization before you can help it evolve, earning the right to lead before you try to lead. But that’s just the beginning. At some point you have to evolve yourself in order to lead the organization beyond unconscious competence to a new level of excellence. 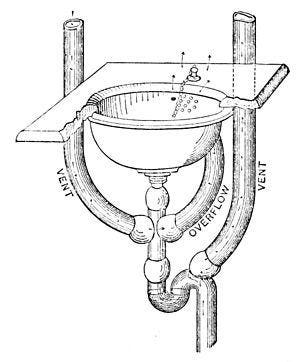 I recently spoke with Mary Kennedy Thompson, president, of plumbing company Mr. Rooter, who made it clear she knows what she wants and is willing to do whatever it takes to get it. Before this position, she served eight years in the marines, from basic training to captain. Then, she spent ten years learning the ins and outs of cookie making, rising from opening just one Cookies by Design franchise to becoming president of the organization.

As Thompson moved into Mr. Rooter as its president, she was confident in her fit with parent organization Dwyer Group’s code of values, and confident in her own strengths in leading a franchise plumbing organization. She complemented that confidence with a healthy humility about how little she knew about plumbing, coming in open to learning, while leveraging her broader perspective to help people “look outside the box.”

But, as Thompson told me, “getting too comfortable is the path to discomfort.” She was not satisfied leading just the strategic and organizational aspects of the business. She wanted to be “technically and tactically proficient” so she could impact operations as well.

Thompson believes leaders have to “set the example” because “all eyes are on them.” So she went “all in,” passing the Journeyman Exam – the standard test to earn an international plumbing license.

During my conversation with Thompson, this struck me as a nice idea. But in hindsight, it was much more than that. Many of life’s choices come down to what you want and what you’re willing to give up to get it. Famed football coach Vince Lombardi put it this way: “The will to win is not nearly so important as the will to prepare to win.” In this case, Thompson had the will to prepare to win, investing six years and 12,000 hours of study, training and work to pass the Journeyman Exam. That’s not a nice idea. That’s true commitment.

Now, Thompson is able to understand the industry and her franchisees’ challenges better. When she says, “It’s not about the plumbing. It’s about the customer experience,” and “plumbers protect the health of the nation,” her colleagues listen to her with the respect that’s due to one of their own – a licensed plumber who knows what she’s talking about and not as a bureaucrat from the corporate ivory tower.

What does it take to move beyond competence to excellence? As Thompson shows us, hard work. And a lot of it.

How about you? Are you comfortable in your competence? Are you willing to invest the time and effort to move beyond competence to excellence? It’s almost certain that at least some of your competitors are. Some steps to get you started:

This gets at the heart of The New Leader’s Playbook: BRAVE Leadership

Shock Therapy: How Siemens’ New CEO Can Fix Its Corporate Culture »
PrimeGenesis > New Leader's Playbook > Messaging > Day One > Relationships > For Leaders: Why Getting Too Comfortable is the Path to Discomfort