The holy grail of innovation is the moment of sudden breakthrough. But those moments don’t happen in vacuums. As suggested by some of the top names in business at last week’s C2-MTL conference in Montreal, you must: 1) prepare in advance, 2) focus on solving problems and 3) follow through to turn ideas into reality and stay ahead of your competition.

At the conference, I had the chance to interview Neri Oxman, John Mackey, Bobbi Brown, Diane Von Furstenberg and Richard Branson after their presentations. Here are some tips from what they told me that can help spark your next flash of innovation:

Look at the world with a child-like innocence 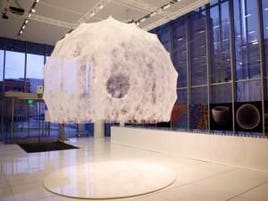 Neri Oxman and her MIT Mediated Matter group have moved beyond “bio mimicry” to actually designing with nature – bio-inspired fabrication. Their new silk pavilion was actually created by 6500 silk worms. She told me that she envisions scaling this idea with a swarm of 3-D printers to expand beyond any one printer’s gantry as part of her search for “variations in kind” moving well beyond “better, faster, cheaper, bigger.” (Read more…)

Invite others in on the innovation process

John Mackey is certain that Whole Foods must continue to innovate to stay ahead of its competition and that its conscious culture is its only competitive advantage. As Whole Foods adds stores, he insists on “No me-too new stores.” He told me he holds his division presidents accountable for innovation. “We value it and encourage it.” (Read more…) 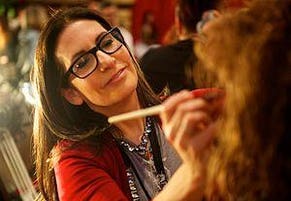 Bobbi Brown told me how she was on a TV shoot and had forgotten her eyeliner. To make do, she grabbed a Q-Tip and used it to brush some mascara on her eyelids, solving her immediate problem. The next morning she was surprised to see the mascara still in place. The gel in the mascara had made it last. She called her design team and had them mock up the first gel liner, which is now her most copied product. (Read more…) 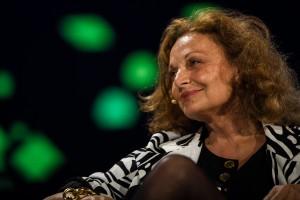 Diane Von Furstenberg told me her wrap dress happened “by accident.” Her original T-shirts morphed into wrap tops and then into wrap dresses, catching on because they were “easy, proper, decent and flattering and sexy.” They may have happened by accident originally, but their ongoing (now 40-year success) is directly related to Von Furstenberg’s follow through. (Read more…)

Aim higher than your competitors 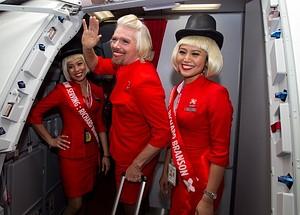 Richard Branson has achieved remarkable success taking the Virgin brand into industries “out of frustration” with existing record, airline and telecommunication companies and the like. He looks for “obvious gaps in the market” and launches products or services that are “heads above everyone else.” He told me that keeping them above everyone else is the key to ongoing success. (Read more…)

Race to the top 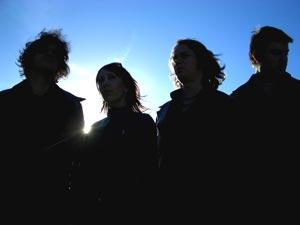 Unfortunately, more and more are racing to the bottom in the face of a long-term decline in creative skills. Conference attendee Yarrow Kraner told me how he had founded the Hatch Experience a decade ago to combat this, gathering diverse groups of next generation influencers, global thought leaders and community builders annually to mentor each other in a veritable petri dish of creativity and inter-disciplinary idea generation. (Read more…)