Risk & Reward: Does Your CEO Take the Bet?

Choosing where to play is the CEO’s big bet. He or she must lead the strategic direction of the company by examining the business environment, organizational history and recent results. 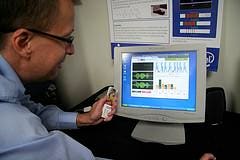 It’s essential to get clear on the organization’s purpose and principles, attitude and values that will have the most meaningful impact. But all those considerations follow the first question of, “where to play?”

Hussain is CEO of Imprivata, which started as a single sign-on provider and transformed into a healthcare IT security company. Imprivata was a successful start-up that grew to $20MM in revenue in five years. Approximately 60 percent of that revenue came from healthcare and 40 percent from other industries. As Hussain explained to me, he realized they could not “build the business without building the value.” His owners were venture capitalists, who lived by the mantra “go big or go home.”

Hussain decided that Imprivata needed to solve fewer, bigger problems. The real opportunity was in healthcare IT security – a big problem that no one was solving. “When we took a step back it was clear there were external market conditions were driving rapid growth in our healthcare business,” said Hussain.

The industry was in the middle of a dramatic transformation from paper to electronic health records (EHRs). The security and privacy regulations that accompanied that shift made it arduous for doctors to access information, without disrupting or slowing patient care. This made doctors reluctant to adopt the new systems because it was easier to open a paper chart than to log in and out of several clinical applications, dozens of times a day.

Hussain’s wanted to fix that. “Our technology eased that burden and enabled fast, secure access to electronic patient information making it easier for doctors to adopt EHR systems to help organizations meet Meaningful Use objectives,” said Hussain. Secure single sign-on technology in healthcare is a big market in a multi-trillion dollar industry and a “hill (they) could own.”

Most people tend to invest a little in new ideas, getting there step by step. Hussain didn’t think that would work. He wanted to go all in.

Start with the DNA

Hussain felt good about Imprivata’s DNA. It had “passionate people” with the “courage of their convictions” and the “creativity” to invent new solutions. “You are only as good as your people,” he said.

Bring the Investors on Board

Hussain describes his investors as “strong, seasoned and mature.” He told me that bringing them onboard was the easiest step. Not surprising, since venture capitalists are in the business of making multiple bets.

This was the big moment. There wasn’t any sense of – “Let’s see how this plays out.” No keeping half the resources in his pocket just in case.  He didn’t give his team a choice. As he puts it, “Leadership means you have to lead.” It’s easy to say and hard to do. As Hussain phrased it, “Once you say it, you must do it.” And they did.

He “noticed the trend, read the tea leaves, and took the bet.”

Senior leaders must make the choice about where to play. Then follow through and drop the other shoe of where not to play. Make the decision. Take the bet. And then make sure everyone else understands the logic of the choice and follows through to make it happen. Play the card. Burn the bridges. Move forward.