It’s time for JCPenney to head off into oblivion.  As one retail expert explained to me, JC Penney was “A place Middle America went to for underwear.” Guess what? These days Middle America has lots of other places to get underwear including Walmart, Target, and TJMaxx.

So what is JCPenney’s new CEO, Myron Ullman, to do? 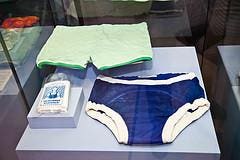 It’s pretty clear that Ullman is an interim CEO. As University of Delaware professor and board governance expert, Charles Elson, said on a panel we shared on CNBC’s Power Lunch today, JC Penney’s board “didn’t bring him back long term. He’s brought in to stabilize the situation.”

Certainly some on the board think this interim CEO will be followed by a permanent CEO. That would be a bad choice. The right choice is for the new CEO to be the CEO of the company that acquires the remaining pieces of JCPenney.

Sooner or later JCPenney is going to go away. The best thing Ullman can do is to make it go away as soon as possible. The faster he can sell its assets to one of the winning retailers, the better for all involved.

My prescription for RIO Tinto’s new CEO to pick up the pieces after failed acquisitions included finding the bottom, restoring confidence, and regaining momentum. This is different. There is no bottom. JC Penney’s choices come down to failing faster or failing slower. There are arguments in favor of either, but looking ahead – there is no path to long-term survival for JC Penney.

One critical question is: What do you do when the reason for your existence ceases to exist? You go away. You don’t have a choice in that. All you can hope to influence is when and how you go away in order to maximize residual value for all the stakeholders. In JC Penney’s case, the longer they fight to survive, the less value will remain when they finally cease to exist.