Chief Operating Officers can make a world of difference – if their onboarding sets them up for success. If you’re bringing a Chief Operating Officer (COO) in to work for you, be sure to align, acquire, accommodate, assimilate, and accelerate them well. Do not assume understanding, disrespect them, leave them alone, wait for others, or stop helping too soon.

1. Do align the organization around the COO’s role in advance 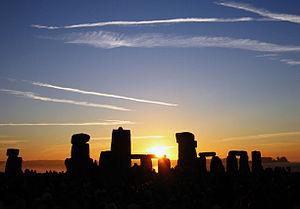 One of the keys to success of the relationship between a CEO and COO or COO and anyone else is understanding who is doing what. When it works like it did with Eisner and Wells at Disney, it’s magic. When it doesn’t work, it’s ugly. It’s not enough for the CEO and COO to be in sync; everyone else needs to understand too.

2. Do acquire the COO in the right way

Everything communicates. Partnerships are strengthened or weakened by little things. As we explain in our book Onboarding, pay attention. Don’t underestimate the importance of those early meetings: interviews, negotiations and due diligence.

3. Do accommodate the new COO’s needs so he or she can do real work

This is particularly true if the COO is a new position. Make sure he or she has an office, a computer, an ID, assistance, etc. No wandering around day one. Make sure people know he or she is coming and greets him or her appropriately.

4. Do assimilate the COO into the organization

Introduce is an active verb. Set up meetings for the COO with key people and set those meetings up for success. Get the COO involved early in key projects, teams and networks.

5. Do accelerate the COO’s progress through his or her first 100-days and beyond

Just because the new COO is starting to look comfortable does not mean he or she is fully up to speed. Keep helping, well beyond when you think is enough.

6. Do not assume others will understand what a COO does

Different COOs fill different roles. Some, like Ajay Banga at Mastercard, are brought in as CEO-in-waiting. Others are there to fill operational gaps. Let people know.

7. Do not treat the COO with anything other than the utmost respect

Tough love may work for some, but not for the person who is your critical partner. If you’ve hired well, you’ve got someone with complementary strengths. They are not a mini-you. They are different. Respect the differences.

8. Do not leave the COO to fend for themselves in his or her early days

Early days set the tone for your relationship. Be there. Make helping them your top priority. Help them get a head start and manage their message.

9. Do not think for a minute that people will introduce themselves to the new COO

Just because you’re comfortable with the new COO doesn’t mean anyone else will be. Some will see him or her as a threat. Others will think they are losing power. It’s up to you to help them view the new COO in the right light.

10. Do not stop helping the COO too soon

40 percent of new executives fail in their first 18 months. Commit to your new COO’s success. Commit to helping them succeed over their first two years. The payback is huge.

This is a good example of step 9 of The New Leader’s Playbook: Secure ADEPT People in the Right Roles and Deal with Inevitable Resistance

View More
« Culture Change & The Catholic Church: What The New Pope Can Learn from Past Leaders