Culture Change & The Catholic Church: What The New Pope Can Learn from Past Leaders

Think changing the culture of your organization is hard? Try changing the culture of the Catholic Church. Angelo Roncalli understood that. He knew the church had not kept up with changes in the world and called some people together to discuss the matter. It’s been fifty years since that discussion and the work continues. Now the church is at a turning point and Pope Francis I must do his part to complete its cultural change. 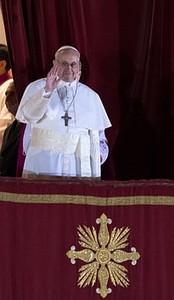 Let’s back up. In light of the church’s slow response to political, social, economic and technical changes around them, one of the first things Angelo Giuseppe Roncalli did when he became Pope John XXIII in 1958 was to call the Second Vatican Council “to open the windows of the Church to let in some fresh air.” The council lasted a little over three years and resulted in changes in thinking and behaviors around the church itself, the liturgy, the roles of scripture and bishops.

Vatican II was an important step in the journey, not the be all and end all. Merely laying out a new direction is not enough to get people actually to change direction. True culture change requires changes in environment, values, attitudes, relationships and behaviors. Pope Francis will need to complete the change by focusing on relationships. Let’s look at how this has been done in the past:

Vatican II made fundamental changes in the environment of the Mass in having services conducted in the language of each congregation (instead of in Latin for all), and having the Mass celebrants turn around and face the congregation.

The change here was more a re-commitment to the values in scripture than in imposing new values. But that was different than what people had been doing immediately before then.

This is the next step in the change. Given the new environment, the re-commitment to core values and the new attitude, strengthening relationships by strengthening communication, encouraging more in-depth debate, and tackling conflict is critical to making Vatican II’s intended changes real and sustainable.

Build on the positive momentum your predecessors have created. Cut off the bad things. Focus on relationships both in the church and between the church and the rest of the world.

Be careful about how you engage with the organization’s existing business context and culture. Crossing the need for change based on the context and the cultural readiness for change can help you decide whether to Assimilate,

View More
« Does Your Organization Need an Attitude Change?