Why Management by Objective is Unsustainable

Just ask Ping Identity CEO Andre Durand. He believes that “When you focus on the right inputs, the right outputs often manifest, but they do so in a more sustainable way.” He notes that, since the most important input into Ping’s cloud security business is people, his focus centers on individuals and their environment.

The Total Quality SIPOC framework suggests that work is a process in which suppliers’ inputs are turned into outputs for internal or external customers.

Whether Ping’s people are inputs, or the suppliers of inputs, is less important than the BRAVE leadership Durand employs (recall that BRAVE is an acronym for Behaviors, Relationships, Attitudes, Values, Environment). 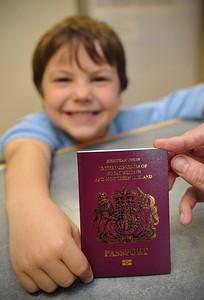 Durand’s  “aha moment” came when he figured out that the energy people put into protecting their “real world physical identities” paled in comparison to what would be required to protect their digital identities. Realizing that the problem was even bigger for companies, especially as they engaged with customers, partners and the cloud, Ping set out to help enterprises manage their employees’ and customers’ identities,

Because security is such a major component of Ping’s value to customers, a focus on quality and accountability has been infused into the corporate culture.

Durand seeks to lead by example, reinforcing the Ping Way as a set of principles and values, which include growth, mutual respect, team work, work/life balance, transparency and authenticity.

Some of Durand’s most interesting choices concern attitude. He believes that, when faced with one extreme or another, the optimal solution is one of “extreme balance”. He says it’s “difficult to maintain balance when faced with competing priorities, and yet, the right answer is often to find the right balance.” For example, Apple is at the innovation extreme, often choosing not to listen to its customers, while Ritz-Carlton is at the other extreme, driving everything in response to its customers. Andre encourages his people to strive for the right balance, innovating through internal inspiration and customer dialog.

Other behaviors Durand promotes include:

Durand sees mutual respect as the foundation of relationships. It’s not about being right or wrong. It’s about seeing others’ ways of thinking as “interesting” and finding ways to fuse the best parts of everyone’s contribution.

In the end, behaviors are the output that benefits customers. It’s not that Durand doesn’t care about the output. He does. Durand believes that creating the right environment, with the right values, attitude, and relationships, will produce the right behaviors.

In many ways, management by objective (MBO), with its focus on output, is far simpler. Worrying about your team’s BRAVE environment, values, attitude, relationships, and behaviors may be more complicated, but it is ultimately more satisfying and sustainable.

BRAVE Leadership is at the heart of The New Leader’s Playbook: