Want To Fail Fast? Do These Three Things. 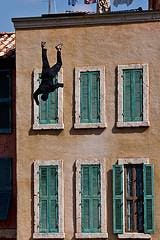 Failing fast is one of those ideas that seems like a great thing – for others to do. No one likes to fail. And failing leaders have a nasty habit of believing they can fix things at every step of the way, leading to painfully slow failures – death by a thousand cuts. If you’re going to fail, do it fast: 1) talk to customers, 2) test and 3) make early sales.

Chris Heivly spent the early part of his career at technology-focused companies including Ultimus, randmcnally.com, Accenture , Agular Systems and MapQuest. Some failed; others succeeded. He told me about one company that failed after 18 months and $2 million in investment. It didn’t fail fast enough.

So, with business partner Dave Neal, Heivly created the Triangle Startup Factory in Durham, NC, an organization designed to help very early stage software companies quickly get through early failures and move on to the next failure, and the next and the next, until they finally succeed. The basic model gives start-ups $50,000 and three months of intense mentoring. If they don’t fail, they get more money, more time and more help.

Heivly shared with me some general advice he’d give other start-ups based on what he has observed and learned:

Heivly explained that software geeks like to write code. This is a great thing. It’s even better if they know what the code should do instead of guessing. But they often don’t. Fortunately, their customers do. His first piece of advice is “Get the heck out of the building and talk to customers. They’ll tell you what they need.”

When Heivly started thinking about the Startup Factory, he went on a coffee, lunch, and beer tour to find out what entrepreneurs needed. In his first several months, he talked to 275 people.

The corollary is to stay out of the office. Heivly is still talking to customers and prospects. He’s up to 875 visits on his tour.

Run a Test that Validates Your Thinking

If you’re creating something new, you’re guessing – as you should. You know you’re going to make mistakes. Just make them fast and have a mechanism in place to get meaningful feedback quickly.

This doesn’t mean you “write software for 3 months” and then test it. Test a landing page. Test a prototype.

Heivly hosted a happy hour with beer and pizza – just for entrepreneurs – to see if there was any interest in a software accelerator. Eighty people showed up. He ran another six weeks later and 120 people came. A year later, the “TechCrunch event” drew 700 people, proving relatively easy to implement tests validated his thinking.

Of course, ideas are important. They are the first step to any great innovation. But they are “not worth (anything) until someone pulls a dollar out of their pockets.” Too many people wait until their program is perfect before trying to sell. Don’t wait. Sell what you’ve got and improve as you go.

Heivly and the Triangle Startup Factory have an appropriate attitude for helping early stage entrepreneurs. It’s built a core competency in enabling and empowering people to fail fast, and then get up and do it all over again.

Planning Your Future When the Future You Had Planned Goes Awry »
PrimeGenesis > New Leader's Playbook > Team > Strategy > Innovation > Want To Fail Fast? Do These Three Things.