Planning Your Future When the Future You Had Planned Goes Awry

When the future you had planned goes awry, hit re-start, adjust and realign your people, plans and practices around your shared purpose. 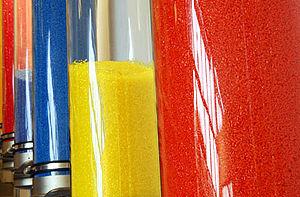 Ever since the movie “The Graduate” in 1967, it’s popular knowledge that “there’s a great future in plastics.” Biodegradable plastics innovator Metabolix certainly recognizes this fact. And its joint venture partner ADM believed it too – until it didn’t.

On the afternoon of January 9, 2012, Metabolix received a fax from ADM terminating their eight-year relationship. As part of the joint venture, ADM had invested about $300 million into a plant to manufacture Metabolix’s plastics in return for half the joint venture’s profits.

As Metabolix CEO Rick Eno told me, larger companies have “optionality” and flexibility. ADM chose to redeploy its resources elsewhere. Unfortunately, Metabolix had gone public in 2006 partially based on the expected earnings stream from its joint venture with ADM. For them, the news was “pretty shocking” and they “did not have options in development. (They) had to start at square one.”

Where did Metabolix begin? First, it reconfirmed its shared purpose: delivering sustainable solutions to the plastics, chemicals and energy industries. That part was easy. The world needs these solutions. The market is growing 20 percent annually. With hundreds of patents and customers who offered to help, Metabolix chose to keep going.

The hard part was figuring out how to keep going. As leaders of a public company, Eno and his team needed to convince themselves (and their stakeholders) of the value of their mission and the capabilities to get it done. Eno told me this involved “a lot of work, soul searching, and analysis.”

In the absence of a deep-pocketed partner, Metabolix changed its approach from pursuing large volumes over time to going after “valuable niches.” A Spanish supplier replaced ADM’s 50,000 ton joint venture plant with a 10,000 ton toll manufacturing deal. With that in place, Eno and his team shifted focus to a more select group of customers from which they could earn higher margins: value, not volume.

The shift from joint venture partner to toll manufacturer created the need for Metabolix to put in place several new capabilities. It needed to be able to manage:

The good news was that Metabolix was filled with “extremely motivated people.” They were “going to take that hill” and volunteered to make whatever adjustments were necessary.

Eno took me through the practices that needed to change given the company’s new reality. They:

It’s still early days and not yet clear how successful Metabolix will be in the long run. But, they were able to adjust enough so there will be a long run.

As you face the inevitable surprises, figure out if they have temporary or enduring impact and whether that impact is minor or major. Then adjust your people, plans and practices accordingly.

View More
« Want To Fail Fast? Do These Three Things.