Where Should You Play: When Theory and Practice Diverge

Where to play is generally the first of the five core questions a BRAVE leader needs to answer. In theory, this is done by solving someone’s problem after choosing which customers to serve and which of their problem to solve. Industries and competitors, business models, places in the value chain, and geography all play a role in the selection leaders make.

But as infamous computer scientist Jan LA Van De Snepscheut noted, “In theory, there is no difference between theory and practice. But in practice, there is.” Just ask KnowledgeTree’s CEO Daniel Chalef.

Which Problem to Solve 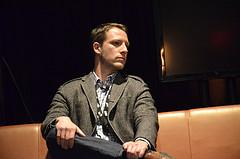 Founded as a systems integrator, KnowledgeTree soon understood its customers needed document management. So Chalef and his team built an open source document manager, which worked so well that increasingly more people found it and used it over time. Soon, KnowledgeTree’s core business morphed. As Chalef told me, “The market found us as opposed to us looking for a problem to solve.”

Similarly, KnowledgeTree’s value chain focus has changed. Chalef suggests all start ups need to be ready to change. “In a start up, it’s dynamic.” In KnowledgeTree’s case, it began with design and is now focused on delivery. Chalef suspects they’ll need to build out more and more support capabilities as they work with ever-larger customers.

For many, there’s a geographical dimension to the where play question. Michael Porter et al have made a strong case for the power of geographically clustered industry hubs like film in Hollywood and Bollywood and fashion design in Milan.

Chalef started KnowledgeTree in South Africa. As it expanded, he looked for the optimal place to locate his business. He was initially attracted to Silicon Valley but quickly realized the time-zone difference with South Africa was too challenging, so he contemplated Boston. Unfortunately, the South African-native wasn’t in favor of winter weather. Enter Raleigh, North Carolina, which offered a technology cluster in a time zone closer to his South African developers and a more moderate climate.

Where Play in Practice

Don’t get me wrong. Having a framework is important. Customers and their problems, your business model, value chain, and geographic choices are important. Just don’t follow the theory off the cliff. Theoretically elegant has no value if it’s not practically useful. Chalef says he made his decisions partly with scientific methods and partly with gut feel. Not a bad way to approach getting the best of theory and practice.

This is an example of the heart of The New Leader’s Playbook: BRAVE Leadership and particularly where to play.