Where Should You Play? The Secret to Investing Your Time and Talent for Maximum Impact and Reward

“Where it matters and where you can win” is the answer to the first of the five most important questions for BRAVE leaders, “Where play?” 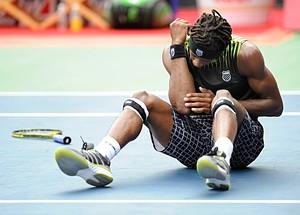 My wife and I had a mantra when our children were little. We only confronted them when a) it mattered and b) we could win. What mattered tended to be things making material differences to their well-being or putting themselves or others at risk. Generally, we could win things that did not violate basic laws of nature. (For example, trying to get a two-week-old to sleep through the night was a non-starter.)

This framework works for organizations as well. Choose to play where it matters and where you can win.

Look at this from several different levels, taking into account the macro environment, your organization’s place in the macro environment, and your place in your organization. Across those levels, what matters are generally things aligned with meaningful and rewarding shared purposes. Where you can win generally involves some sort of sustainable competitive advantage that doesn’t defy the laws of nature.

Tim Patrick has done this twice: at Proxima and at Carticept.

When researchers at Johns Hopkins developed a unique way of radiating cancer allowing quicker and more efficient treatment, Patrick saw this as a partnership opportunity. Together, they used this technology on brain cancers with positive results. Patrick also realized he could take that technology and apply it to other cancers. While there were 20,000 incidents of brain cancer in the U.S., there were 200,000 incidents of breast cancer. So, Patrick built Proxima to play in that space, solving an unmet clinical need, making a positive impact on patients, and generating a good financial return. It mattered. They could win.

Having sold Proxima, Patrick next looked at the aging population and the more than 40 million people in the U.S. who suffer or will suffer from some form of arthritis. Many of them will need joint replacements. That matters to a lot of people. But Patrick realized he couldn’t win there. Why? The big orthopedic companies were well established in the space.

The unmet clinical need was in the area of steroid injections. Other than the publicity surrounding some sports heroes (and fallen heroes), this area was getting relatively little attention. Enter Carticept’s portable ultrasound-guided injections, dramatically improving the accuracy of local applications of steroids to local injuries. Once again, Patrick had identified an unmet clinical need that mattered and where his organization could win.

But the world has changed. It’s tougher and takes longer to get FDA approvals than it did when Patrick was building Proxima. At Proxima, Patrick sprinted. He created a culture of risk takers to build the business fast and sell it. At Carticept, Patrick is running a marathon. So he’s built a different culture and formed a strategic partnership with SonoSite to cross-distribute products and generate revenues to fund the extra time he needs to get his approvals. He’s playing where it matters and where he can win, just differently.

Where it matters and where you can win

Where it matters is most likely going to be where there is an unmet need that has a meaningful impact on peoples’ lives. Where you can win is not just where you have strengths, but where you have differentiated strengths from others playing in or around your space.

There are several components of this including positioning yourself for a leadership role, selling before you buy, mapping and avoiding the most common land mines, uncovering hidden risks in the organization, role, and fit, and choosing the right approach for your transition type.  (Including an interim role.)

View More
« Answer ‘What If?’ Questions to Prepare for Field Promotions

Beyond 10,000 Hours: The Constant Pursuit of Mastery »
PrimeGenesis > New Leader's Playbook > Head Start > Fuzzy Front End > Interim > Where Should You Play? The Secret to Investing Your Time and Talent for Maximum Impact and Reward