How you manage the announcement of a new leader can make or break their transition. The best way to ensure people keep secrets is not to tell them. That may have been the logic behind the compressed timing of Citibank’s new CEO announcement. 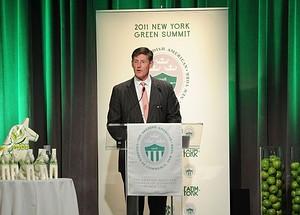 Vikram Pandit was CEO one day, discussing earnings that were surprisingly better than expected. The next day he was out and Michael Corbat was in – as detailed in The Wall Street Journal’s article, “Pandit Is Forced Out at Citi”. There are advantages to the abruptness of this approach. No gap between announcement and ascension. No overlaps. No confusion. It helped a lot to have a 30-year veteran in the wings, ready to go.

There are advantages to a staged transition as well. As described in an earlier article, Ajay Banga’s move to MasterCard exemplifies that. And whether someone is promoted from within or hired from the outside, it always makes sense to invest in their executive onboarding and to pay attention to the announcement cascade.

People moved out of a job, who have allies or friends moved out of a job, see someone else getting a role they might have wanted, or see this transition as particularly important to their own success are all likely to be emotionally impacted by the announcement. It’s useful to tell these people one-on-one, respecting their emotions.

People working directly with the new leader – as direct reports, peers, suppliers, customers are, by definition, directly impacted. Tell these people in small groups, allowing them to ask questions.

Those not emotionally or directly impacted can find out in large groups.

The less impacted can learn the news via email or broad announcement.

Every person you tell about an impending change increases the likelihood of the news leaking before you’re ready. Thus, order matters. Start with the people who must hear the news directly from you. From there, work your way out. Here’s an example announcement cascade timeline.

Staged transitions enable step 3 of The New Leader’s Playbook, Embrace and Leverage the Fuzzy Front End Before Day One

The time between acceptance and start is a gift you can use to rest and relax or to get a head start on your new role. Experience has shown that those who use this Fuzzy Front End to put a plan in place, complete their pre-start preparation, and jump-start relationships and learning are far more likely to deliver better results faster than those who choose to rest and relax.

MasterCard’s staged transition created two fuzzy front ends for Banga – which he took advantage of. Citibank’s more abrupt transition means that Corbat has no pre-start time, unless you count the 30 years he’s been at Citibank preparing for this moment.