Seven Keys To Adjusting To A New Boss

Imation CFO Paul Zeller knows a thing or two about surviving in a cutthroat corporate world. Four different CEOs have come and gone since he has been CFO. The current CEO changed out every single person on the leadership team except Zeller. When I interviewed Zeller for my earlier article on Imation’s M&A tactics, I asked him how he survived. 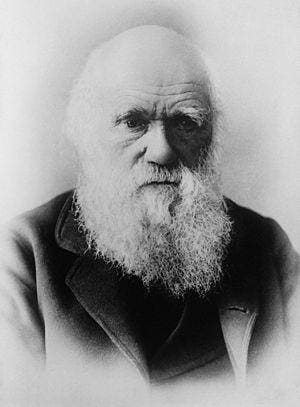 He said, “I have learned you have to be a person who is willing to change, adaptable and take a very lifelong learning approach. I’m a very strong believer in kind of continuing to reinvent yourself. If you remain the person you were then you are probably purposed right for what we were, not who we’re becoming. So you have to be willing to change.”

Darwin would be proud, as he famously said, “It is not the strongest of the species that survives, nor the most intelligent, but the one most responsive to change.”

Zeller evolved from a more functionally-biased CFO to the broader “executive at large” the new CEO needed. Zeller could do this because he had built an extremely strong finance team behind him. He could be an “A” partner only because he had an “A” team.

Further, Zeller is passionate about Imation’s business, saying: “You have to eat your own dog food.” (I assume this was an analogy and Zeller does not actually eat magnetic tape for breakfast. But…)

Zeller’s positive attitude bought himself time to prove that he could perform on the job, that he be the CEO’s partner and “could be part of the future as well as part of the past.” He’s obviously on track, and he knows he’ll have to continue to evolve.

How to Adjust to a New Boss

In “The New Leader’s 100-Day Action Plan” we suggest a framework for adjusting to a new boss (click here to request a pdf of the framework). Portions of this framework were adapted from Coyne and Coyne’s article on “Surviving your new CEO,” and then expanded. Here are seven behaviors to keep in mind:

Treat your new boss decently as a human being. Make them feel welcome, valued and valuable. Enable the new boss to do good work. Do your job well – not the boss’.

Choose to be optimistic. Believe the best about your new boss. Focus on these positives at all times with all people.

Proactively tell your new boss that you want to be part of the new team and follow up with actions to reinforce this.

Present a realistic and honest game plan to help the boss learn. Seek out the new boss’s perspective early and often, and be open to new directions.

Understand and move on your new boss’ agenda immediately. Know the boss’ priorities. Know what the new boss thinks your priorities should be.

Adjust to your new boss’ working style immediately. This is a hard shift, not an evolution around control points, decision-making and communication.

Be on your “A” game. Be present and “on” – everything done by you and your team will be part of your new boss’ evaluation of you. Deliver early wins that are important to your new boss and to the people they listen to. In a restart, the score is reset. Your old wins and your team’s old wins are history.

What Paul Zeller did is a good example of step 10 of The New Leader’s Playbook: Evolve People, Plans, and Practices to Capitalize on Changing Circumstances

View More
« Mergers and Acquisitions Are Not Strategies. They Are Tactics.