Mergers and Acquisitions Are Not Strategies. They Are Tactics. 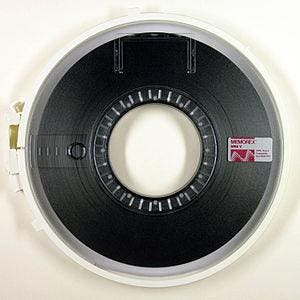 Imation – a storage and data security company – invented magnetic data storage. Its groundbreaking products include the first magnetic tape (1953), first tape cartridge (1971) and first 3 ½ inch floppy disk (1984). As Imation divested non-core businesses at the same time it was impacted by data storage declines, revenues went from $2.3B the year they were spun out of 3M, to $1.1B in 2002. After that, Imation acquired consumer brands Memorex and TDK and grew revenues. But the company lost money and its leaders recognized the need to do something different.

Leaders must understand the business context in which they’re operating (see “The Five Most Important Questions for BRAVE Leaders”). I recently spoke with Imation CFO Paul Zeller about its acquisition strategy and he said that it is, “The larger, faster growing piece of the industry that we have permission to play in.” Imation CEO Mark Lucas told me that this approach gets the company “back to our roots” of data storage and security.

Five Steps to Harnessing M&A as a Strategy Amplifier

Lucas knows you can’t “acquire your way to health,” but you can “use acquisition as a tactic to implement strategy.” Lucas and Imation used acquisitions to accelerate increases in market presence in the right market, and to obtain the skills and capabilities required to win in those markets.

You must earn the right to lead before anyone will follow you. So when Lucas joined Imation he spent a year as COO, gathering information, learning about the business and its people, and validating his assumptions to make sure he wasn’t solving the wrong problem.

Then, and only then, Lucas led the organization to a strategy of winning in data storage and security, particularly with small to medium companies so Imation didn’t go head-to-head with the big boys.

Lucas took a hard look at the organization’s skills and capabilities through the lens of the new strategy, deciding that critical skills included software engineering and selling, particularly to and through value-adding resellers.

Imation started to bridge the gaps by organically hiring, training and developing these skills. Then it supplemented that effort by acquiring three data security companies and with them, the market presence, skills and capabilities, moving from two to 60 software engineers in 12 months.

Imation was spun off from 3M with best-in-class practices appropriate for a $25 billion company. As a $2 billion per year company, Lucas said that Imation needed to be “much more nimble and quick as our product lifecycles are measured in months, not years.

Imation adopted a mantra of “Decide. Align. Go,” and drove the new corporate culture with bi-monthly town halls, blogs, face-to-face meetings and leadership changes. (See my article on “Corporate Culture: The Only Truly Sustainable Competitive Advantage” for more on this.) (And for the flip side, see my article on how CFO Zeller adjusted to the culture change and his new boss.)

The critical point is to leverage mergers and acquisitions as tools to accelerate strategic shifts, not as answers on their own.

This is a good example of step 6 of The New Leader’s Playbook for Acquisitions: Embed a Burning Imperative.

The burning imperative is a sharply defined, intensely shared, and purposefully urgent understanding from each of the team members of what they are “supposed to do, now.”  Work with the on-the-ground leadership to get this created and bought into early on—even if it’s only 90 percent right. You, the team leader on the ground, and the team, will adjust and improve along the way.