A Framework for Turning Individuals’ Strengths into Team Synergies

Employees perform at different levels, when on different teams, in different situations with different people. That probably makes sense to everyone. Why then do so few leaders spend so little time looking for synergies on their teams and so much time looking at individual performance? Because realizing synergies is hard work, and there has been no framework for doing so.

The Skills Plus Minus Framework 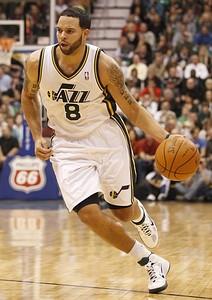 Deron Williams #8 of the Utah Jazz: Getty Images via @daylife

Phil and Allan Maymin and Eugene Shen began their “Skills Plus Minus” presentation at the MIT Sloan Sports Analytics Conference this year by asking who was basketball’s better point guard from 2006-2008, Deron Williams who then played for the Utah Jazz, or Chris Paul, who played for the New Orleans Hornets at the time.

The presenters looked at individual skills and events including offensive and defensive ball handling, rebounding and scoring. Then they looked at those skills and events in the company of other players to determine the positive and negative impact of players on each other. If two players each steal the ball from their opponents two times per game on their own, but together steal the ball five times per game when they are on the court together, that’s a positive synergy.

Applying the Skills Plus Minus Framework to Your Team 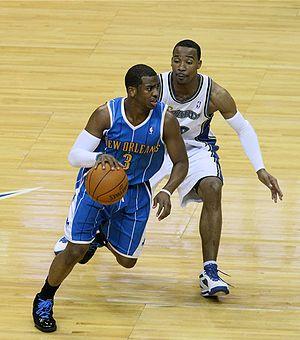 Of course it’s important to understand the strengths of the individuals on your team. That always will be important. But that’s just the first step. The only way to optimize synergies on a team is to leverage differentiated individual strengths in complementary ways.

In a hypothetical example, one manager is particularly strong at managing details, one at operations, and one is particularly strong at encouraging creativity. Unfortunately, the guy with the operating strength is managing the group that needs to be creative; the more creative guy is managing a group that needed to pay attention to details; and the detail-oriented manager is trying manage a complex operation. Moving each to the right role frees everyone up to perform better.

Let me propose a couple of steps flowing from the BRAVE leadership model:

The pivot point is leveraging complementary strengths across attitudinal, relationship and behavioral elements. The specifics of those are going to be different in each different situation. That gets us back to the initial point. But now you’ve got a framework. So there’s no excuse not to pay as much attention to potential team synergies as you do to individuals’ strengths.

This is a good example of step 9 of The New Leader’s Playbook: Secure ADEPT People in the Right Roles and Deal with Inevitable Resistance

View More
« Seven Keys To Adjusting To A New Boss