In some respects this is a particularly tricky time to take over the reins of electronics retailer Best Buy. In other ways, taking over as CEO is always tricky. The key thing for a new CEO to keep in mind is the need to earn the right to lead before trying to lead.

This is not Hubert Joly’s first experience with a tricky transition. He had a first row seat at all sorts of high-tech transitions during his 14 years working at McKinsey. Then he jumped into the fire to join Electronic Data Systems and Vivendi Universal before joining Carlson in 2003. There he tripled its travel business, earning the CEO role in 2008. He’s made transitions. He’s succeeded in transitions. He has the experience he needs to succeed at Best Buy. Still, he’s going to have to pause before accelerating. 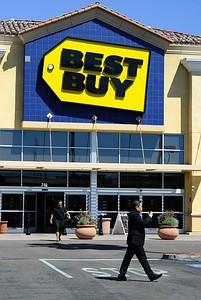 Best Buy’s situation is precarious. Externally, it is under relentless pressure from online retailers like Amazon as consumers take advantage of ever better access to comparative pricing information. If outside pressure is not enough, its previous CEO, Brian Dunn was forced to resign earlier this year following an “inappropriate relationship” with a 29-year-old female employee. Founder Richard Schulze was forced out at the same time, but is now back with a takeover attempt.

This is a classic case of converging and evolving with accelerated timing. Best Buy needs strong leadership as soon as possible. Joly has the knowledge and experience to provide that leadership. The trap would be jumping in and trying to lead from day one without converging first. Joly has the mandate and ability to lead quickly. But his mandate will evaporate in a nano-second if he doesn’t convert stakeholders’ hopes for him into confidence.

He joined Carlson to run a division. It did well. As Joly put it, when he became CEO “I was not an unknown to Carlson, as I rose from within the company.” At Best Buy he’s an unknown. People will be watching his every move early on to figure out what changes he will make and how those changes will impact them personally.

There are some basic steps to converging and evolving:

These basics apply to Joly’s replacement at Carlson as well. Even though Trudy Rautio has been at Carlson for 15 years, most recently as CFO, everything changes when you become CEO. She’ll need to re-earn the right to lead before she can lead. So will you – in every new leadership role you take on.