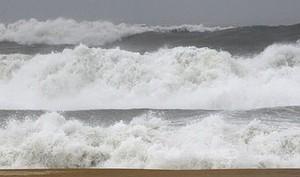 I recently spoke with Internet pioneer and MicroStrategy CEO Michael Saylor about his new book “The Mobile Wave” the same week I published the article, “Steelcase CEO on How Office Layout Impacts Corporate Culture.” That column explained the difference between “I” space and “we” space, or how office setups have changed from emphasizing hierarchy to promoting collaboration. Saylor suggests that the coming mobile wave is going to untether people from the workplace, “dematerializing” offices so that they ultimately become irrelevant.

Saylor predicts that in ten years there are going to be ten times the number of people with mobile devices like smart phones and tablets, operating ten times more efficiently and better. That is a one thousand-fold multiple. This is why Saylor thinks the workplace is going to be irrelevant. We won’t need paper. We won’t need stuff. And we won’t need people that manage that stuff. So we won’t need offices for all those people.

Saylor said, “Rich, powerful people don’t want to be tethered.” They don’t want to sit around while a clerk gathers papers, an analyst works through the data and then a secretary processes wire transfers. Leaders want information sooner so they can make decisions quicker. As information moves from a “solid state – paper” to a “gaseous state – electrons,” the rich and powerful can have more information faster.

You are going to lose if you’re in the business of processing paper or passing information on to someone else. If you’re learning to do things the way they’ve been done for the last 100 years, you’re in trouble. If the information revolution in general, and mobile technology in particular, allows someone to do your job more efficiently and effectively than you do, you are going to get automated out of the way.

Saylor suggests prospects are not good for people like the 100,000 algebra teachers in India who teach the same things over and over again. They are going to be replaced by videos and teaching tools delivered over mobile devices.

You are going to win if you act on the knowledge that the future is going to be nothing like the past. If you create something that allows others to harness the mobile wave, you’ll win. If you leverage the efficiencies to become more effective at creating and disseminating new and original products, services and processes, you’ll win.

What Should You Do?

This is survival of the fittest and more evidence that we’re all new leaders all the time. The mobile wave is to bureaucrats what the giant meteor was to dinosaurs. The difference is that even the most corporate bureaucrat can see it coming. Where they might have ignored the Internet and its 5 percent penetration, if Saylor is anywhere near right that mobile is going to get 50 percent penetration, go mobile or go away.