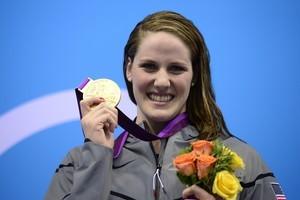 NBC has had a couple of communication misfires. The one that triggered this article was its running a promotion of its soon to be aired interview with backstroke gold medalist Missy Franklin seven minutes before showing the race in which she won the gold medal. This was a mistake that diminished the viewing experience of the small percentage of the population that did not already know Missy won the gold.

NBC is not alone in failing to control the timing of information flows. Obama wanted to tell people about his vice president pick in 2008 via email. But it leaked. Romney wants to tell people his upcoming vice president pick via an app. But it’s going to leak. That’s what free-flowing information does. It leaks. The Internet and social media accelerate the timing of those leaks and amplify their reach.

This was one of the main reasons we wrote the third edition of The New Leader’s 100-Day Action Plan. Everything we had said in the first two editions about planning and executing a cohesive, sequential communication campaign had become wrong. The Internet has forced leaders into concurrent, iterative communication. Those that fight this get overwhelmed. Those that accept this manage communication in a completely different way.

Example of How To Do it Right

The critical lesson is that you can’t control information flows any more. All you can do is guide and amplify. This is why merely reporting what happened is going to continue to become less and less valuable over time. People can find out what happened. Indeed, as Justin Peters pointed out in his CNN article on “How To Avoid Olympic Spoilers“, sometimes it’s hard for people not to find out things before they want to. While people can and will find out what happened, they still need help in understanding “why” and “what’s next”, or the conclusions and implications. So, stop trying to convey information. Instead, convey understanding and feelings. It all comes back to leveraging your message to guide conversations you can’t control.

View More
« Give Your Boss What She Needs, Not Just What She Requests