How TriZetto’s CEO Changed Its Culture By Changing Its Attitude

Changing an organization’s culture is hard. But as Peter Drucker famously said, “Culture eats strategy for breakfast.” A counter-cultural strategy will fail every time. It may look like your new strategy is gaining traction early on, but sooner or later culture will always win. This is why a new strategy may require a culture change.

When Trace Devanny joined TriZetto as CEO in 2010, he saw a huge opportunity and a huge problem.

The opportunity for this healthcare information technology company resulted from the implementation of massive healthcare reforms in the U. S, aimed at increasing efficiency, reducing costs and improving outcomes. As Devanny explained to me, the U.S. healthcare system represents 18 percent of the GDP, and is highly inefficient and unsustainable. The reforms are vital, and in pursuing them, Devanny said, “He who has the data wins.” TriZetto provides its customers with the tools they need to collect and manage the data. 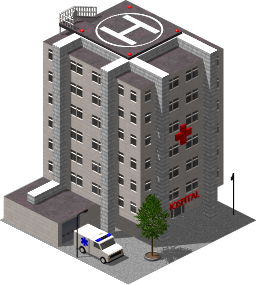 The problem Devanny saw was that TriZetto’s people had a “comfortable mentality.” They were used to serving the insurance companies. Devanny said that for any new healthcare system to work, the payers and the healthcare providers “must collaborate and get along.” TriZetto had to change its attitude to lead the way to the new reality. Instinctively, Devanny knew he must change the organization’s strategy, posture and culture (for more on this framework, see my previous article “Want to Change the World? Define Your Organization’s Attitude”).

The solution started with a focus on attitude, driving people to “listen, align and act on client input.” Devanny put a major effort on strategic business reviews with key customers. He brought a more demanding, provider perspective. He drove accountability and urgency around outcomes, both financial and administrative, through several changes:

These changes helped move the organization from product-focused to solution-focused, and from payer-focused to healthcare-focused.

Not all TriZetto’s executives could make the turn. The company had “lost its edge” and gotten too comfortable with being “a nice place to work.” Those who did make the turn shared Devanny’s “intense belief that we have the greatest healthcare system in the world – and it’s broken.” Like Devanny, they believed they could have an impact on this national crisis and change lives. That’s a very different attitude indeed.

How to Change Your Culture

Look at what Devanny did in the context of the BRAVE leadership framework:

Environment – Devanny leveraged changes in the environment as a platform for change in his organization. The answer to the question “Where play?” changed everything else.

Values – It’s not so much that Devanny changed the organization’s values but, rather, that he reapplied the same values against the new reality. What matters to TriZetto stayed similar but the route changed.

Attitude – This was Devanny’s pivot point. He set out to change the organization’s attitude and its view of how TriZetto was going to win.

Relationships – Devanny lived his model, listening to customers and employees first and establishing relationships before making any changes. He strengthened relationships where he could and made leadership changes where necessary.

Behaviors – The fundamental change here is the focus on outcomes. At TriZetto what people do is no longer more important than what they get done.

Be careful about how you engage with the organization’s existing business context and culture. Crossing the need for change based on the context and the cultural readiness for change can help you decide whether to Assimilate, Converge and Evolve (fast or slow), or Shock

Mergers and Acquisitions Are Not Strategies. They Are Tactics. »
PrimeGenesis > New Leader's Playbook > Head Start > Successful Start > Culture > How TriZetto’s CEO Changed Its Culture By Changing Its Attitude