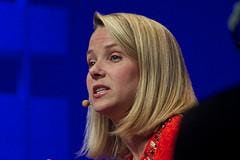 Thus, it’s no surprise that the issues Scott Thompson faced as he put together his New Leader’s 100-Day Action Plan are the same or worse for Mayer. As pointed out in my earlier article on Thompson’s onboarding, his entry was, and Mayer’s entry is, particularly tricky.

The basics are always the same. Any new leader is better off if he or she follows the onboarding basics by getting a head start, managing the message and building the team. In Mayer’s case, her predecessor’s failures form a critical input into the context and culture.

There’s no doubt that Yahoo employees are even more shaken now than they were before Thompson’s departure. This is an organization in trouble. Many will look at Mayer and think, “Here we go again.”

Like Thompson, Mayer needs to get up to speed on Yahoo’s culture fast, understanding both the current BRAVE behaviors, relationships, attitudes, values and environment, and how the organization is trying to evolve them.

At this point, it’s fair to expect Yahoo’s employees to feel a lot like abused children. They don’t know who to follow or what to expect. Mayer has to earn the right to lead before she leads. No one is going to follow her until they believe she’s going to survive. The trap Mayer cannot fall into is assuming that what made her successful at Google will make her successful at Yahoo. It’s very different being employee  number 20 than being the new kid on the block and moving into a house that’s already on fire.

Hopefully, Mayer has already gotten a head start and completed her new job preparation. She should already be clear on her message and story. If not, she needs to get those right, today.

Following that, like any new CEO, she’s going to need to accelerate strategic, organizational and operational processes by deploying five onboarding building blocks:

The only thing Mayer can do all by herself is fail. The only possible road to success will require her earning the right to lead before she tries to lead, taking a broad view of her team and deploying many different leadership frameworks at different times.