There’s a high likelihood that this will be my friend, author Norb Vonnegut’s breakout week. His third novel, “The Trust” comes out tomorrow and was positively reviewed by Janet Maslin in The New York Times yesterday. While “The Trust” is a terrific summer read, this is more about Norb’s journey. 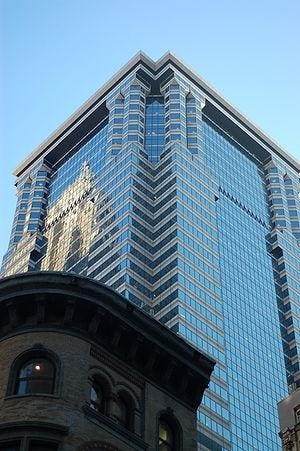 Norb is an ex-Wall Street money manager who decided to become a full-time novelist a few years ago. Scary decision. Hard to leave behind Wall Street paychecks and bonuses for the even riskier world of writing books. All credit to him for taking the leap. (Except for the credit that has to go to his family for putting up with him and encouraging him.)

Norb’s start was fine, helped by the fact that his books are all fun reads. But, like most writers, he discovered that the early stages are hard work, lonely, and often not fulfilling. Yet, Norb stuck with it.

Confucius told us long ago that the longest journey begins with a single step. You have to take the leap.

In his most recent book, “Great by Choice”, Jim Collins talks about the power of “20-Mile Marches” – having the discipline to make just the right amount of progress – not too little and not too much. You have to be disciplined.

Thomas Edison observed “Many of life’s failures are men who did not realize how close they were to success when they gave up.” You have to stick with it.

Do read “The Trust” . With Janet’s review, Norb is deservedly going to go from being “the seriously underappreciated author of three glittery thrillers about fiscal malfeasance” to a rising star pretty quickly. And do apply Norb’s three more practical lessons to your own initiatives