Coca-Cola’s former Chief Marketing Officer, Sergio Zyman describes used smart phone reseller uSell as “the big one.” He’s excited about its potential to satisfy consumers’ coming needs – which is why he’s investing in it. There are lessons to be learned here about noticing important changes, anticipating the broader impact of those changes, and building capabilities to take advantage of what is going to happen.

WHAT’S COMING AND HOW DO WE TAKE ADVANTAGE OF IT?

Zyman has two rare gifts which I learned to appreciate when I worked for him at Coke: 1) He has an eidetic (photographic) memory that takes everything in and remembers it forever; 2) He has unusual strength in connecting seemingly unconnected ideas, events and behaviors. 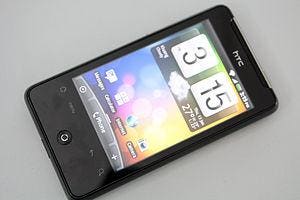 As we’ve moved from mainframe to desktop to laptop to hand-held “smart phone” computers, “ease of use” keeps improving. Recently, smart phone manufacturers like Apple, Nokia and Samsung have had a good run selling devices to service providers who then discount them to get consumers to sign up for long-term contracts. But there is a limit to how frequently smart phone users will upgrade. There is a limit to how much service providers are going to find it profitable to subsidize the “appliance” business.

As those limits are approached, consumers are going to keep their phones longer or upgrade them themselves, expanding the market for used smart phones. That is uSell’s business. That’s why Zyman thinks its future is so bright.  He observed a behavioral trend and figured out how to capitalize on it.

Zyman suggests a two-step process to look into the future:

That is what “nexting” is all about, taking advantage of the next changes in consumer behavior.

APPLYING THIS TO YOUR WORLD

The world is changing right before your eyes. If you let the changes sneak up on you, you’ll have to catch up. Pay attention.

Anticipate the impact of changes.

Like Zyman, ask “What else is that going to change?” Noticing changes that are already happening keeps you from losing. Winning requires you to get ahead of the next change.

Build the capability to take advantage of what’s going to happen.

Different changes are going to require different capabilities. Take a BRAVE look at the changes happening in your world. (Follow this link for more on BRAVE leadership). Figure out which changes you want to react to (where play?) Match that with your organization’s purpose (what matters?) Then build competitive advantages for the future (how win?) All the while making sure you’re bringing your extended team with you for the journey (how connect?) and driving towards the right behaviors (what impact?)

This is what Zyman did at Coca-Cola in the 1990s when he assembled:

The biggest, bestest, meanest, smartest group of people in the history of business – a culture of performers who understood clearly the rules of the game, who understood clearly how they won, who brought unduplicated skills, even though some of them were overlapping, and created a machine of growth that couldn’t really be replicated.

The president of Pepsi told Zyman that his team had “snuck up on us.” Nexting is about sneaking up on your competition by getting a head start on the future.

Give Your Boss What She Needs, Not Just What She Requests »
PrimeGenesis > New Leader's Playbook > Momentum > Shifting Sands > How to Take Advantage of Coming Changes In Consumer Behavior through Nexting