Give Your Boss What She Needs, Not Just What She Requests

In the 1920s, renowned engineer Othmarr Ammann was not surprised The Port Authority rejected his proposal to increase the strength of the George Washington Bridge’s pillars to support an extra level of traffic if needed later. 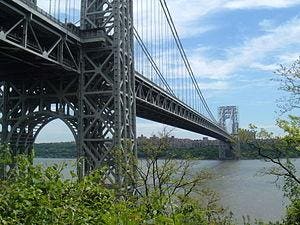 The Port Authority had chosen his design because it cost less than other proposals. Their reluctance to invest for the future was to be expected. Ammann completed construction of the bridge in 1931, six months ahead of schedule and under budget, making his clients very happy. Decades later, the authorities came back to Ammann asking how much it would cost to strengthen the pillars to support the extra level of traffic that was now needed. His answer?

When Ammann’s proposal was rejected during initial construction, there were only three people in the world capable of fully understanding the design. One was incapacitated with an illness; one was unreachable on vacation. Ammann was the third. He knew the bridge would need to be expanded. He also knew he could save his clients significant money over time if he added the strengthened supports anyway. And he still delivered everything the clients requested ahead of schedule and under budget.

This worked because Ammann followed three principles which new leaders must also keep in mind when initiating cultural change within organizations:

Deliver What Was Agreed

This story would feel very different if Ammann had not honored the original agreement and delivered something other than what was requested and expected. But Ammann added in extra benefits on top of what was agreed, not instead of.

Leverage Special Knowledge or Insight to Go Beyond

Ammann had a rare expertise. He knew things his clients did not know. What his clients requested made sense given what they knew. Ammann knew more and could therefore deliver more.

Perhaps the most important piece of the puzzle is how Ammann managed the balance of risk and reward. It’s not hard to argue that he made a choice that was not his to make. It’s likely the project could have been completed even earlier and even more under budget had Ammann not done what he did. Ammann balanced that risk against dramatic savings over time for his client. Further, all the benefits accrued to his client. Ammann didn’t tell anyone what he’d done and negated the need for a future re-design project.

Change doesn’t happen on its own. Generally, someone has to have the courage to lead the way and do something outside the accepted norms of behavior and decision-making.

This happens on a regular basis with the best advertising agencies. They produce the advertising that was agreed and, in addition, produce something a little riskier, a little more innovative to give their clients an alternate choice.

Have the courage to take similar risks. But manage them in the right way. You won’t go very far wrong by following Ammann’s example of how to bridge the gap from accepted norms to a brighter future.

This is an example of step 2 of The New Leader’s Playbook: Engage the Culture and Your New Colleagues in the Right Context

Learn and Apply The Critical Communication Lesson From NBC’s Olympic Timing Misfires »
PrimeGenesis > New Leader's Playbook > Head Start > Fuzzy Front End > Approach > Give Your Boss What She Needs, Not Just What She Requests