What Facebook Must Do To Transfer Acquired Karma’s Karma

The hard side of Facebook’s acquisition of Karma, the data transfer, is relatively easy. The soft side is harder and where Mark Zuckerberg, Sheryl Sandberg et al need to focus their best efforts if they want to take full advantage of Karma developers’ mobile experience sensitivities. Karma without its Karma is valuable. But Karma’s Karma can take Facebook to a whole different level – if they can transfer it. 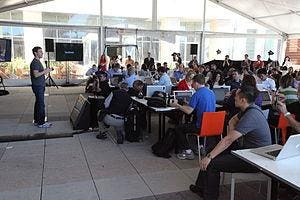 Rafe Needleman laid out the logic for the acquisition in an article on CNET, suggesting that Facebook wants Karma developers’ “real sensitivity for making a good mobile and social experience” as well as access to Karma’s data on consumer preference and connections. Assuming he’s right, the two tasks require different types of onboarding.

Data access is relatively easy in that the main hurdles are technical. At this point, Facebook either has or can easily get the technical chops to build data bridges. Certainly they are going to have to decide whether to run Karma off the existing Facebook platform or keep it separate with data links. But once they make that choice, they can implement it. No one has to worry about the data’s feelings.

Transferring developers’ sensitivities is a much more complicated problem. When Amazon acquired Zappos, they kept Zappos’ people in place where they were so as not to disrupt Zappos’ winning culture. That approach is not going to work for Facebook and Karma in this case. If Rafe is right, Facebook is going to have to intermingle Karma’s developers with its current developers for a sensitivity transfer to take place. A big part of the challenge will be dealing with all the developers’ feelings.

Both groups are coming off wins, either going public or getting acquired. Both groups have their own distinctive and strong cultures.

Facebook is hacker culture, defying authority, getting stuff done no matter what. Note the way they celebrated the IPO with an all-night “hack-a-thon”.

Karma says we “value innate intelligence, the curiosity to learn, and the ability to solve problems – and we give a ton of autonomy to do this.”

Merging Karma’s people into the Facebook culture is fraught with danger. There are risks that Karma’s people won’t want to move, won’t fit in, won’t be as engaged as they need to be, won’t be able to transfer their sensitivities. The more Facebook tries to impose its way on Karma’s people, the greater these risks are.

Instead, the organizations’ leaders must create something new together. The game in this case is about building a network of productive relationships. This is going to require thoughtful alignment of values and strengths. Everyone involved is going to need to invest in getting to know each other – probably more investment than they are comfortable with initially in order to get comfortable with each other over time.

This is a good example of step 3 of The New Leader’s Playbook for Acquisitions: Position the acquired leader and team for success.

Start this effort by connecting values and goals, strengths and communication.  Know yourself.  Know the on-the-ground leadership and team.  Know and deliver your message in your own voice.  Leadership is personal. Your message is the key that unlocks personal connections. The greater the congruence between your own values, attitudes, behaviors, the environment you create, and the way you relate to the acquired leaders and other individuals on the team, the stronger those connections will be.

This is why the best messages aren’t crafted; they emerge.  Great leaders live their messages not because they can, but because they must. As Martin Luther said at the Diet of Worms in 1521,“Here I stand, I can do no other.”