Leading Those That Would Undermine Your Leadership

Those who have the potential to undermine your leadership generally perceive a threat to their values, or institutional, personal or resource-based power. As you change things, look for them to defend their turf.

Institutional power is based on formal position and reporting lines (who manages whom). This is generally hierarchical and often monarchical. 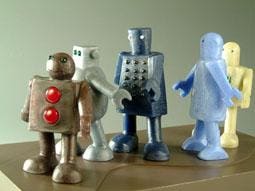 People with this power tend to be comfortable with the status quo and reluctant to embrace any change.

Personal power is based on relationships, persuasiveness and expertise.

People with this power will resist changes with negative consequences for those with which they have strong relationships, changes that diminish their ability to persuade (like moves to data-based decision making), or changes that move the focus away from their area of expertise (or towards areas in which they are relatively weaker).

Resource-based power comes from control of information/knowledge, funding and people (both formal and informal), either in general or as it relates to one specific task.

People with this power may resist changes in the way any of these resource decisions are made.

Invite Them to Join In

It’s very hard for an employee who is comfortable with the status quo, what I call a “detractor,” to get behind your vision. The best you can reasonably hope for is that he or she will become a passive member of the silent majority, or a “watcher.”

A key distinction here is that we are dealing with potential underminers, or detractors, and in order to keep them from becoming actual underminers leaders have to give them the opportunity to contribute.

Make the invitation explicit. Lay out the direction you intend to go and ask for their help. Then, make it as easy as possible for them to follow you. Assume positive intent. Give them the resources and support you can. Help them help the team.

Move Them Off the Team if They Want

If you have potential underminer, give them eight weeks to opt in. If they don’t opt in by then, move them off the team.

Before Week One – Invite them to join in per above.

Weeks One through Eight – Give them your full support per above.

Week Eight – The hope is that at some point before week eight they will proactively tell you something like, “I had my doubts/was concerned/was surprised in the beginning. But I get it now. I see where you’re leading us and I want to be a part of it.”

If they do, great.

This is a good example of step 9 of The New Leader’s Playbook: Secure ADEPT People in the Right Roles and Deal with Inevitable Resistance. Acquire, Develop, Encourage, Plan, and Transition talent to strengthen the team over time:

Acquire: Recruit, attract, and onboard the right people