“About 40% of executives who change jobs or get promoted fail in the first 18 months.” As Anne Fisher points out in a recent Fortune article, this has been true for about 15 years.

A big reason for the ongoing failure rate is the inability of executives to determine the right time to pivot from converging (becoming part of the team) to evolving (initiating change) when they are onboarding, changing jobs or getting promoted – and the inability of others to help them get this timing right. 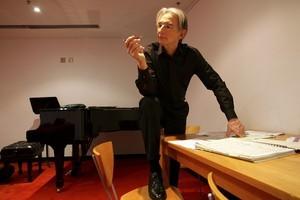 Let’s unpack that into three musts for executives:

Must Converge and Evolve

We use an ACES approach to onboarding, in which leaders make a choice based on the business context and corporate culture of the company whether to Assimilate in, Converge and Evolve, or Shock a system by making immediate changes.

Understand that while there are certainly some situations where it’s right to shock a system or simply assimilate in, in the vast majority of cases, converging and evolving is the right approach. New leaders cannot lead until they have established a working relationship with their followers. Hence, converge and evolve.

Ajay Banga did this particularly well when he went into MasterCard.

Must Choose to Pivot

QlikTech’s Lars Bjork used his first annual meeting to do this, and it worked so well that he pulls his whole company together every year to pivot from the learnings of the year before to the priorities of the year ahead.

Must Time Your Pivot Right

There is no one right timing for your pivot. Indeed, you may need to time your pivot differently with different teams, but there are some guidelines that may be helpful.

Normal pivot timing is at the end of your first month in a new job. If you leverage the time frame between accepting a job and starting it, what we call the “fuzzy front end” to jump-start some of your most important relationships, you can use most of your first month to listen, learn, and get up to speed on what’s really happening in your new organization. This should allow you to know enough to have a productive pivot session at the end of the month.

Another advantage of pivoting at the end of your first month is that most organizations operate on monthly cycles. They have standing monthly meetings. They do monthly reports. Thus, having some sort of imperative workshop or other event to pivot from converging to evolving at this point puts it within your first full cycle with the organization, heightening its sense of urgency.

You will need to pivot earlier if the context demands it. Expect this in start up or turnaround situations. Ideally, you can shift the whole timeline forward by getting an earlier start on your fuzzy front end. If you can’t do this, do what you can to accelerate the building of relationships before you pivot. Know that pivoting early puts stress on the organization and be prepared to deal with that.

You will want to pivot later if the culture and context are conducive to that. Expect this to be the case if things are going well and there’s more downside to breaking what’s working than upside to initiating new ideas. Do watch out for the boss that tells you to take your time converging into the culture but wants you to deliver improved results at the same time.

In the final analysis, this is more art than science. Choose to converge first. Choose to evolve next. Choose a point in time to pivot between the two – and then evolve your thinking around that timing as you learn more while converging.

This is a critical part of step 2 of The New Leader’s Playbook: Engage the Culture and Your New Colleagues in the Right Context

View More
« Leading Those That Would Undermine Your Leadership