There’s no doubt that Avon Products must embrace change. Sherilyn McCoy was just named company CEO (see “Avon Names Sherilyn McCoy As New CEO”) and will need to be the change agent. Her experience at Johnson & Johnson equips her to lead those changes, but the question is what she must do to survive.

Here’s the dirty little secret about heroes and change agents: most don’t survive to enjoy the changes they create. This goes all the way back to Hercules, who was poisoned on the way home. It continues today, epitomized by Steve Jobs’ first stint at Apple , kicked out of the very company he started.

The answer lies in how McCoy converges and evolves into the organization. She will fail if she tries to lead the changes all by herself. If she truly partners with others to achieve change, they can succeed together. 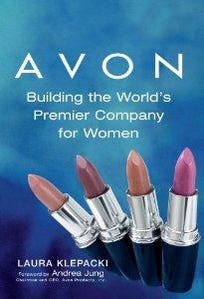 Why Avon Must Change

This is an organization in trouble. As laid out in the New York Times Dealbook,

Cultures fight change. McCoy knows what to do. Her natural talents, training, and experience at Johnson & Johnson over the past three decades will enable her to figure out the right way forward, get the right strategies, right the operations and right the organization. The hard part for her will be wining over the people deep in the organization that will fight her changes tooth and nail every step of the way for as long as it takes. Change agents get done in by people they don’t expect to do them in.

Even in stark turnarounds like what McCoy faces at Avon, converging and evolving is almost always the right approach to onboarding. Shocking the system – which involves implementing significant changes when the corporate culture is not ready – heightens the risk of rejection. She doesn’t have time to assimilate. Instead, she must converge quickly and then evolve the team. Here are the critical steps:

Converging is all about building relationships. It’s about bringing yourself (the new leader) closer to the existing members of the team. You are still you at this point, the outsider trying to join in. Any idea you have will likely be perceived as something you brought in from the outside.

Pivot. Generally, some sort of event like an imperative workshop is a good way to pivot from converging to evolving. Whatever the event, what’s most important is to put a stake in the ground about the way forward – as a team.

Evolving. After the pivot point, “you” and “me” have become “we”. The outsider has become the insider. Where before you would have had to say, “Let me tell you what I think,” now you can say, “Here’s what we agreed.” It’s a different game, producing different results. You paused to listen and learn while converging, so you and your team can accelerate now.