Intentional Leaders Are Not Victims of Circumstance

Much of leadership has to do with intention. Webster tells us that intention is “a determination to act in a certain way: resolve.” While many don’t choose their situations, they do get to determine how they will respond. 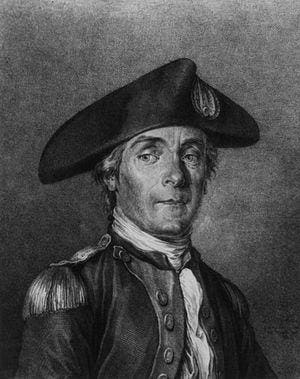 A classic example was American Revolutionary War hero, John Paul Jones. Things didn’t happen to him, he made them happen. “I wish to have no connection with any ship that does not sail fast; for I intend to go in harms way.”

Witness Winston Churchill who certainly did not make World War II happen, but he approached it on his front foot. “History will be kind to me for I intend to write it.”

Then there are those who lead in circumstances they did not choose. John F. Kennedy used to downplay his role in saving the crew of PT 109 in World War II, “It was involuntary. They sank my boat.”  But, like John Paul Jones, he chose to go in harms way. And he chose to tow his crew member to safety. That is intentional leadership.

Contrast that with some of the events of today. We’ll be talking about George Zimmerman killing unarmed teen Trayvon Martin in Sanford Florida for a while. A big question will be intention. It is interesting that his most recent apology is about loss, age, and arms, not about what he intended or did not intend to do. “I am very sorry for the loss of your son. I did not know how old he was. I thought he was a little bit younger than I am, and I did not know if he was armed or not.”

And then there’s the basketball player formerly know as Ron Artest giving James Hardin a concussion with a blow from his elbow. His Tweet on watching the replay: “I just watched the replay again….. OoooMy celebration of the dunk really was too much… Didn’t even see James ….. Omg… Looks bad.”

The point is that the actions or reactions of a leader should be intentional. Choose to go in harm’s way. Choose to influence history. Choose to look after your followers. If you choose to defend your home or play aggressively, own up to your intentions, apologize when you go too far. But be an intentional leader, not a victim of circumstance.

View More
« To Be One of the “Best Places to Work,” Build a BRAVE Culture