Evolutionary, Revolutionary or Blended Innovation: Which is Right for Your Organization?

A Procter & Gamble (P&G) alumni reunion a couple of years ago included a CEO panel on innovation facilitated by Tim Brown, President and CEO of the innovation consultancy IDEO. Panelists included P&G’s then Chairman and CEO A.G. Lafley, Steelcase’s CEO Jim Hackett, and Hewlett-Packard’s CEO Meg Whitman, who at that time was heading up eBay. At the heart of this panel was a discussion of the difference between evolutionary innovation and revolutionary innovation.

The panelists generally agreed that large organizations like P&G, Steelcase and eBay could be very good at evolutionary innovation. Their scientists, researchers, and developers were more than capable of building on their organizations’ existing strengths and making step-by-step incremental improvements. This is a valuable capability that helps these organizations continue to evolve. 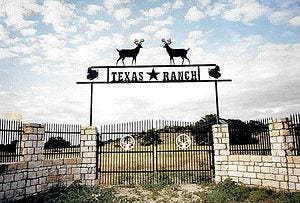 However, larger organizations often struggle with revolutionary innovations because they require different capabilities, mindsets and cultures than the ones that made them successful. Unlike smaller companies, large, successful corporations have much more to lose. New and different projects that don’t serve current customers, and are not in line with current product or service offerings, are often viewed as distractions and thus downplayed. It’s less tempting to bet the ranch on a new idea when the ranch is big.

During the panel discussion, Meg Whitman discussed how eBay had looked at buying PayPal early on in its existence. She told the group that she had decided not to buy it because she didn’t think it could have survived inside of eBay. Instead, Whitman waited until it was a big enough company to make a meaningful impact. It was better for eBay to pay more for a stronger PayPal later, than to pay less for a weaker, unsustainable PayPal earlier.

What goes around comes around. As part of its explanation for why eBay’s current CEO, John Donahue, is putting 38 year-old Zong founder David Marcus in charge of PayPal, The Wall Street Journal noted it was so that Marcus can “use his entrepreneurial background to operate PayPal ‘like a smaller company.’”

P&G faced the same issues. At that time, only about 15 percent of its innovations were meeting revenue and profit targets. Lafley decided it could do better by looking for a blend of evolutionary and revolutionary innovations. He tasked Bob McDonald, then COO and now CEO, and CTO Bruce Brown with the task.

Yesterday, Brown gave me an update on their progress, discussed why P&G has been able to triple its innovation success rate, and offered some thoughts for others thinking about innovation. Looking at P&G’s strategy through the lens of its behaviors, relationships, attitudes, values and environment (BRAVE), we can get a sense of why they have been so successful. Let’s look at these components in reverse (follow this link for more on the five questions for BRAVE leaders):

Environment: P&G remains committed to innovation. As Brown told me, “Innovation is the primary driver of our organic growth.” When he took over as CTO in 2008, one of the first calls he got was from former CEO John Smale, who reinforced the importance of innovation and went through each of P&G’s $1B brands, laying out the technological innovation that had produced a point of inflection in its growth.

Values: P&G is all about “touching and improving lives.” You can’t improve peoples’ lives with the same solutions to the same problems. Thus, innovation matters a lot to P&G’s ability to fulfill its purpose.

Attitude: Brown knew that P&G’s “culture would default to evolutionary” innovation if left on its own. Indeed, between 2003 and 2008 the size of P&G’s initiatives declined by 50 percent. To counteract this trend, P&G’s senior leadership adopted a more assertive attitude and pushed each category towards blended innovation which layered revolutionary innovations on top of its commercial and sustaining innovations, looking for ways to innovate within its categories (like new detergent delivery systems) and beyond its categories (like dry cleaners).

Relationships: P&G innovates to improve lives through its business groups. While it invests in breakthrough technologies that can work across categories, the rubber meets the road at each category’s annual innovation review where they determine which category needs to grow. That focus serves to strengthen the relationships between the 8,000 scientists and researchers (1,000+ PhDs), in 26 innovation centers on five continents, and the business units.

Which Innovation Approach is Right?

They all work. Each is right – for different organizations and different contexts.

They all work, but not at the same time. Pick the one that’s right for your situation, business model and organization.

Perspective on The Importance of Non-Monetary Ways of Value Capture »
PrimeGenesis > New Leader's Playbook > Team > Strategy > Innovation > Evolutionary, Revolutionary or Blended Innovation: Which is Right for Your Organization?