Warning: Early Wins for New Leaders Can be Counterproductive

Early team wins are important for new leaders, but not all victories are created equal. External wins outside of the organization or team are more impactful than internal ones. Individual wins, either external or internal, can be counterproductive if a leader hasn’t yet gained the support of his or her team. 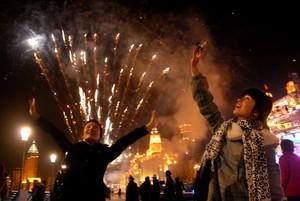 Art Papas, CEO of Bullhorn, has done a good job of leveraging early wins with the company’s Bullhorn Reach product. The company provides software to the staffing and recruiting industry, and the Reach product helps recruiters leverage social media to attract talent.

Papas and his team gave recruiters limited functionality to start – for free. Their initial goal was to get to 10,000 users by the end of 2011. They hit that number by July and then upped their targets – leveraging the free offer to create an early win and early momentum for his team.

Papas explained to me that part of why they were successful was that they embedded brand messages in the deliverable itself – particularly the Bullhorn Reach logo. As recruiters looked at each other’s profiles the implied recommendation spread: from 10 to 20 to 100 to 200 to 500 per day and beyond. By the end of their first year, 65,000 recruiters had signed up for the product.

This gave Papas and the product needed credibility with his team, enabling him to leverage that free offer win into a new target for his team: 1,000 paying (premium) customers by the end of this year.

Not only did Papas and his team achieve an early win; it was also an external win.

External wins are the best type of early victory because it gives the leader credibility within the team and they are less prone to judgment than internal process improvements. Only after a leader is able to rally the team can he or she even begin to think about making internal changes.

Generally, external victories involve a meaningful improvement in revenue, costs, customer satisfaction or brand strength. Bullhorn Reach is a great example of an external win because the win was not in designing or producing the product. It was in selling it. Further, this win was measurable and trackable.

This is all part of the importance of converging and evolving when going into a new role, starting a new team, or starting a new initiative. This approach involves building productive relationships before instituting internal changes.

Beyond being an external win, Bullhorn Reach is also a team win. There is no way Papas or any individual could have done this on his or her own. The win required a team.  As Papas told me

There were a few naysayers inside the company, saying that a freemium strategy was going to be too difficult for Bullhorn to pursue, because we didn’t have any institutional experience with it. The early win was critical to keep those naysayers at bay and prove to the organization that the team had the right strategy.

What Papas and his leadership did was to leverage a freemium offer as the ammunition to create a cascade of external, team early wins. This allowed for a series of celebrations, allowing them to win over some of the naysayers and ratchet up the goals on the way to larger early wins.

Team wins later on, while the team is evolving and the leader is building support, build team confidence.