Three Steps to a Compelling Message

Compelling messages rarely appear out of thin air. Messages that make a real impact are the result of a lot of hard work, even though some business leaders and politicians seem to be able to create messages like magic.  For the rest of us:

No one is going to change their attitudes or behaviors until they a) believe they can not keep doing what they were doing (inertia and fear of the unknown are powerful forces), b) see themselves in a better future, and c) know how they can be part of the solution. All three pieces must be in place for them to change and you must connect with your audience before they will even hear what you say. In particular, proactively converge and evolve when onboarding into a new role.

External platforms for change trump internal platforms. People are far more receptive to changing in response to changes in their customers, collaborators, competitors or conditions, than by being told they themselves are not up to snuff. They get defensive when they are told they are the problem, but become engaged when they are told that something else has created a problem or opportunity for them to tackle. 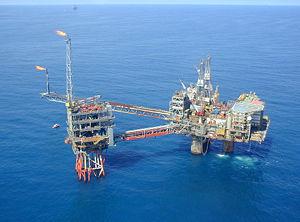 This may be why the political party out of power has a relatively easier time establishing a platform for change. They can always default to blaming the party in power when things are not going well. Failing in that, they blame big businesses like Exxon Mobile. It’s simple and easy for others to understand, whether or not it’s actually true.

The current Republican candidates for president all agree that President Barack Obama is a problem. Messaging rooted in that has been consistent, even if it’s not sufficient.

Vision of a Brighter Future

The second critical element is for the audience to envision themselves in a brighter future. Many trip on this by painting a picture that does not include the audience. The best leaders know that it is never about themselves, and always about what they can do for their followers.