How Leaders Can Inspire Action through Compelling Storytelling

Great communication changes people. It changes the way they feel. It changes what they do. The secret to inspiring others is connecting an idea or a vision with a hope or a need. Great communicators leverage their message and story in one way or another to make a connection and compel change.

Phil’s story had the three essential elements of compelling communication:

The United Nations reports that in 2010 there were 11 million children in Africa who had become orphans because of AIDS. That statistic provides a rational platform for change for some. But the rationale is rarely compelling. As the Red Cross’s Charley Shimanski described, it’s all about how people feel.  A big part of Kony 2012’s impact has been how it has done exactly that. 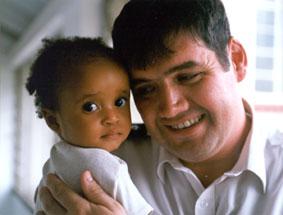 Phil made the emotional connection with the crowd by relating how he and his wife met a little girl named Zodwa, whose mother was dying of AIDS. They tried to adopt Zodwa but were prevented from doing so. At that moment, they decided they needed to do something else to help. We in the crowd felt his pain and were moved off our base of comfort.

Vision of a Brighter Future

HOPEHIV enables people to help themselves and others. It provides funding and support to local project partners who work with communities to give vulnerable young people  emotional and social support, education, economic empowerment and child rights.

Phil relayed a couple of stories about orphans rising up from the hardest of backgrounds and leading change in their communities, and shared his feelings upon seeing those successes. We all felt uplifted.

This is where Phil flipped the norm. Instead of asking for donations, he drew on the Parable of the Talents from Mathew 25:14-39, and gave everyone in the audience $10 of his own personal money. He then asked us to do one of three things:

He told us how one person had bought a bag of rice and made dinner for their neighbors, asking each of them to donate. Another had gotten people to sponsor them in a bike race. The participants immediately started thinking of ways to raise money. One went out and bought 10 VERY hot peppers for $1 each. He then got people to “sponsor” his own personal pepper eating event and raised $700 by the end of that day.

I gave my $10 back. The best way of helping HOPEHIV raise money I could think of was writing this article. It seemed wrong for someone to give me money to write an article about them or their cause. But it seems right for each of you to donate what you can. Follow this link to do so. That’s your call to action.

Everything communicates. You can either make choices in advance about what and how you’re going to communicate or react to what others do. It is important to discover your own message and be clear on your platform for change, vision, and call to action before you start trying to inspire others. It will evolve as you learn, but you can’t lead unless you have a starting point to help focus those learning plans.  Identify your target audiences.  Craft and leverage your core message and master narrative.  Monitor and adjust as appropriate on an ongoing basis.

(1)    A. de Wagt and M. Connolly – Orphans and the impact of HIV/AIDS in sub-Saharan Africa – United Nations Food, Nutrition and Agriculture Report No. 34