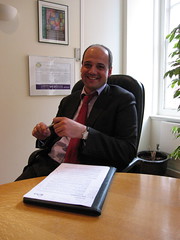 Interim help can make the difference between failure and success.  We've seen this over and over again.  We've seen so many new leaders flailing around because there is so much more to do than they and their existing team can ever hope to get done.  They don't know whether to let things flounder while they recruit the new team or fix what they can before starting to recruit a new team.

Examples from organizations we've worked with over the last

In all of these cases, the interim person relieved a significant amount of stress from the new leader.

Steps in Bringing an Interim Manager

When I was in Japan with Coca-Cola, my boss asked me to lead the efforts to get ready for a meeting with the CEO to go over our marketing budget.  I immediately said I needed to hire some outside consultants to help.

"Capacity.  All my team are fully engaged with other work.  Don't want to let that slip.  Want to do this well."

The work we paid the consultants $500,000 for over the next eight weeks was instrumentsl in cutting $150 Million dollars out of our marketing budget while growing the business 15% to produce $300 Million per year in incremental profits.  Of course we couldn't afford $500,000.  What a missed opportunity it would have been not to invest it.

The bad news is that having read this article, you can never again use lack of people resources as an excuse.