Executive Onboarding: The Key to Accelerating Success and Reducing Risk in a New Job

The most effective executive onboarding includes:

Failures in new roles almost always come back to either poor fit, poor delivery or poor adjustment to a change down the road. Everyone involved tends to blame someone else. 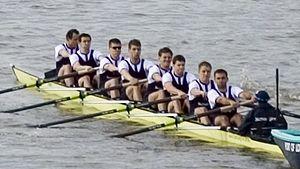 Writing for Fortune, Anne Fisher points out in her article New Job? Get a Head Start Now on February 17, 2012 that

About 40% of executives who change jobs or get promoted fail in the first 18 months.

She goes on to note that research shows that failure rate has “stood at about 40% for at least 15 years now.”

Whose fault is it really when a new executive fails? It’s everyone’s fault. If everyone paid attention to the basics of executive onboarding, there would be far fewer failures.

Get a Head Start

As football coach Vince Lombardi put it, “The will to win is not nearly so important as the will to prepare to win.” Getting a head start begins with crafting a new leader’s 100-day action plan. If you don’t have a plan, you’re relying on the kindness of others for your success. Your career is too important to leave it up to that.

Then, take advantage of the “fuzzy front end” between accepting a job and actually starting to get set up, learn, and jump-start relationships with your boss, team members and direct reports, as well as key assistants, clients, customers, founders or “shadow” board members.

Everything communicates. Everything you say and do and don’t say and don’t do communicates. If you haven’t clarified your message, you’ll be reacting in the moment and improvising on the fly. This works for some. For most, it’s far more effective to have thought it through in advance.

One good example of this is how the Red Cross’s Charley Shimanski oozed his message from every pore in the early days of his new role.

The only thing new leaders can do all by themselves after day one is fail. All success at that level requires a team effort. The most successful leaders over-invest in building their teams over their first 100 days by jump-starting their strategic, operational and organizational processes, often using an imperative workshop as the turning point between converging and evolving.

One of the easier and more effective approaches new leaders can utilize is identifying and over-investing in an early win during the first six months. When the result is delivered, celebrate it publicly. This will give the team confidence in itself and in you as a leader.

More on the Basics

Now there is no excuse not to leverage those basics.