The way Democrats run their caucuses in Iowa provides a different model for making business decisions that you should use in some situations. In particular, use it when it is important that the minority be heard.

Unlike Republicans who hold a straight vote, Democrats in Iowa physically divide the room. Each attendee clusters in his or her “candidate’s area.” Then the caucus facilitators determine which clusters are not viable – generally those with less than 15 percent of the vote.

Here’s where it gets interesting. The “unviable” clusters are eliminated and the other candidates’ backers get to convince the eliminated candidates’ supporters to throw their lots in with their preferred surviving candidate. 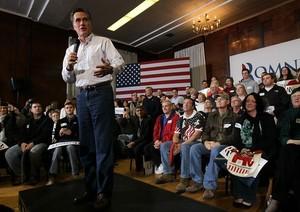 The advantage of a straight vote, like the Republicans do, is efficiency.  Even if someone like Mitt Romney beats someone like Rick Santorum by only eight votes, it is clear and happens relatively fast.  On the other hand, the discussions that take place to help people make the best second choice with the Democrats’ method of dividing the room are particularly valuable. They serve to 1) free people to consider their second choice; and 2) help others understand the thinking behind their decisions.

In some cases, people make their first choice because they promised someone else they would support that choice, or because they committed to that position a long time ago and don’t want to appear to be indecisive. People also stick to their first choice because it’s what they think others expect them to do. When this choice goes away, they are freed from those commitments and expectations to do what they really think is right.

Commitments and expectations are not necessarily bad – it’s just that, at some point, they can become out of date. The world moves on. And sometimes people’s choices need to move on as well. Second choices allow them to do that.

Ask, “What would you do if you could not have your first choice?”

We used a caucus process to help a group reach consensus on a mission statement. Each individual wrote his or her own draft. Then they had to merge their drafts with others’ drafts, trading wording for support. After a surprisingly short period of time, we ended up with two competing mission statements.

Ask, “What’s the thinking behind your choice?”

Utilize the right decision making process for the situation

Different situations require different leadership approaches. Often it’s important to have a bias for action – as in a crisis. Other times it’s valuable to dig deeper and get at people’s best thinking. In those cases, find ways to go beyond the constraints of first choices and understand the thinking behind the choices.

This is an example of step 5 of The New Leader’s Playbook: Drive Action by Activating and Directing an Ongoing Communication Network (Including Social Media)