How do you get the right team when you are in turnaround and new to the company? How do you know what and who is working? What culture do you want and what do you have? What is the tolerance level for bringing in external hires versus growing from the inside? And what is the timeline?

These were the questions Tony Doye faced when he joined Fujitsu America. Prior to working at the Japanese-owned company, Doye had worked primarily with Western-based companies. These organizations had fairly consistent business models and engendered similar thinking, processes, metrics, behaviors and culture to some degree.

Conversely, Fujitsu had grown through its acquisitions, sometimes opportunistically. In many of these cases, the Japanese parent trusted the acquired entity to manage itself in the short-term and become integrated with the parent’s culture over time.

My role in Fujitsu America followed the aggregation of three separate business units with a start up business. (Products, Consulting & Application Services, Retail and Infrastructure Services). They all had a different ‘culture.’ When integrated, there was little commonality. With a great company heritage and backing we should have been doing better! 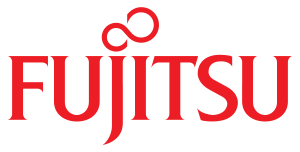 Doye immediately brought in two people and then a third later on to bolster the team in strategy, operations and product sales. But after six months, the team was not making the progress Doye had expected, so he needed to re-plan. During the next stage, he dug deeper into the portfolio issues and sales focus, worked through operational efficiencies and handoffs, and eventually turned to developing skills and leadership.

Different team members reacted differently. Some warmed to the new rigor and discipline while others passively resisted. This led to a decision of whether it was better to make significant leadership changes or evolve more slowly.

There was a strong argument for evolving slowly, as Fujitsu is a great believer in internal growth and long-term commitments and relationships (with both employees and customers). However, things that worked in the past like local gatherings and teambuilding sessions didn’t seem to work in the present. Tokyo’s view, timing and results linkage had to be considered. It was important to guard against the perception that they were not throwing everything up in the air.

Doye was helped by the team’s general consensus that one of the new hires was not fitting culturally. Moving on that new hire was step one. From there, Doye changed out sales leadership and strengthened the strategy, applications and infrastructure teams.

Eighteen months in, five of the original executive team members are still in position. Two are still there, but in new positions. There are two on the team that came from other Fujitsu companies and four are brand new. As Doye puts it

Now we are starting to gel. People know their role, their market, and are adding greater value. The matrix is starting to work. We have energy and passion. Yes, challenges too. What is different is that we have raised the bar and expectations in a few places and all boats are rising!!

What Doye did that was particularly strong was developing a plan that took into consideration both the culture of the parent company and the local workplace. He moved fast and then adjusted as appropriate along the way.

Securing People in the Right Roles

This is a good example of step 2 of The New Leader’s Playbook: Secure ADEPT People in the Right Roles and Deal with Inevitable Resistance. Acquire, Develop, Encourage, Plan, and Transition talent to begin strengthening the team immediately, and over time. Every organization is perfectly designed to deliver the results it’s currently delivering. Almost by definition, you acquired the organization to deliver better results. So:

Acquire: Start to recruit, attract, and onboard the right people even before you close the deal.

Develop: Assess and build skills and knowledge over time.

Encourage: Direct, support, recognize, and reward people for Behaviors, Relationships, Attitudes, Values and impacting the organizational Environment in line with the way you want it to be.

Transition: Migrate to different roles as appropriate, deciding early who’s in the right role and who’s not. The number one thing experienced leaders regret is not moving faster on their people.