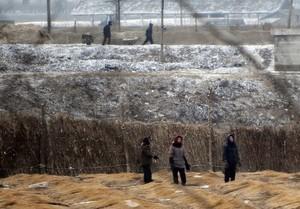 Others will comment on whether or not it is in anyone’s best interest for Kim Jong Un to be successful. I’m going to focus on his transition as an acid test of dealing with supporters, detractors and watchers.

They are always there in a leadership transition and their influence is even more complex in a transition within a family business. It’s never easy to turn detractors into supporters. Trying to do so is the wrong approach. A better approach is to move everyone one step. Turn the detractors into watchers or get them out of the way. Turn some of the watchers into supporters. Turn some of the supporters into champions. If a leader can do that, the balance of power shifts and progress is made.

Start here. This is a pull strategy, not a push strategy. Find the most willing and able supporters and enroll them. Give them more responsibility. Give them more status.  Give them projects they can move forward. Set them up as beacons of success for others to follow. These will be the most rewarding moves you can make – for them, for you, for everyone. Invest in your strengths. Feed what’s working.

I have no idea who Kim Jong Un’s real supporters are. The problem is that Kim Jong Un probably doesn’t either. There will be many that proclaim their support. There will be some that mean it. His chances of success will be greatly enhanced if he can tell the difference. Additionally, he should reach outside of the most accessible circle to find other people that will support him and bring them closer to him. He needs real allies – badly.

Every single legacy, long-serving CEO that has addressed CEO Connection’s CEO Boot Camps since 2005 has said in one way or another that he or she wishes she had moved faster on the people. This is an even bigger issue in a family business because of all the family ties. It’s not just the people with the same last name. It’s the people that married into the family. It’s the friends of the family. It’s the loyal supporters of the family.  Family businesses tend to reward loyalty and close ties. And all sorts of people have all sorts of back channel ways of getting their message to the people with real power – whether or not they actually show up in the office.

But a new leader must neutralize the overt and covert detractors before they undo him or her. Some can be persuaded to give the new leader a chance to prove himself or herself. Some can be moved to positions where they can do less damage. Some need to go away. It is critical to time these moves right. Too fast and the other detractors will gang up on the new leader. Too slow and things will get out of control.

The odds are that Kim Jong Un will move very decisively on his detractors. We may never know how he makes them go away. We will know if he doesn’t move fast enough.  And we’ll know that very soon.

The key here is to identify the watchers you can’t see. In a family business this includes all the people behind the scenes like lawyers, accountants, bankers – both those serving the business and those serving family members.

There is an international community watching Kim Jong Un. A large piece of how successful he is going to be depends on how the people watching from China feel.  Again, I suspect we’ll learn about that relatively soon.

Advice for people taking over  family businesses (that aren’t countries)

It’s important to map and move the stakeholders one step at a time in any new leadership role:

–       turn detractors into watchers or get them out of the way

In taking over a family business, you must map beyond what you can easily see and choose your timing very carefully.

A 28-year-old with almost no experience suddenly taking over a country in desperate trouble that’s been run by a despot has no margin for error.

If Kim Jong Un doesn’t get this right, the rest of the steps are irrelevant.