What Greece’s Interim Prime Minister Lucas Papademos Must Do 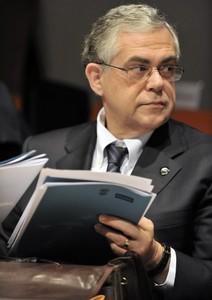 Managing an interim assignment is one of the most challenging things any leader ever does under any circumstances, let alone when your charge is on the verge of defaulting, scuttling the EU, and “putting a dent” in the world economy in a bad way. What then is Lucas Papademos to do as Greece’s interim prime minister?

We address interim assignments in our book, The New Leader’s 100-Day Action Plan, and suggest that interim leaders must start by getting clarity on whether interim means “holding the fort until we find the right person, which absolutely will not be you, on probation with a good chance of becoming permanent, or doing the job as a developmental opportunity on the way to something else.”

In this case, it seems clear that interim means “getting us through the crisis of approving the bailout and then going away so the real politicians can get back to running the country.” This means Papademos should treat this more like a discrete, temporary assignment with no expectations of a continuing role.

The need for bad guys

In a lot of cases, organizations need “bad guys” to make them take their medicine. Almost by definition, turnarounds are not fun. A lot of the practices and habits of the past need to be jettisoned to make way for a new set of actions that will allow the organization to reverse course. In the most extreme cases, organizations need to rethink all the BRAVE components of their culture (Behaviors, Relationships, Attitudes, Values, Environment).

People don’t like change. And by association, they may not like the leader that’s forcing the change upon them. This is why so many leaders of turnarounds have such short tenures in organizations. They come in, do exactly what they were asked to do, and are then jettisoned once they’ve completed their task.

This is why we suggest leaders of turnarounds bring in their own fall guys. Instead of taking the blame themselves, these leaders bring in interim leaders or outside consultants to manage the turnaround efforts. Once the turnarounds are set, they affix all the blame for all the pain on the interim project managers, make them go away, and ask the organization to follow them to a brighter future. They make others be the bad guys so they can be the good guys.

In many respects, this is what’s going on in Greece. Neither the current government, nor the opposition thinks it can carry through the deal and its austerity measures without being forever perceived as the “bad guys.” Instead, Papandreou is getting out of the way and putting Papademos and his government into the “bad guy” position, hopefully setting themselves up to be the good guys afterwards.

It’s not clear this is going to work in Greece. But it will work in many of your organizations.

What Papademos should do

The basics of onboarding into a new role always apply. A little discipline goes a long way. Papedemos can improve his chances of success by getting a head start, managing the message and building the team – even in an interim assignment.  He should:

This is a good example of step 1 of The New Leader’s Playbook: Position Yourself for Success

There are several components of this including positioning yourself for a leadership role, selling before you buy, mapping and avoiding the most common land mines, uncovering hidden risks in the organization, role, and fit, and choosing the right approach for your transition type.

In some cases, you position yourself for success by letting someone else go into the role first so they can fail and you can come in as the savior. Sometimes necessary. Often effective.

The New Leader’s Playbook includes the 10 steps that executive onboarding group PrimeGenesis uses to help new leaders and their teams get done in 100-days what would normally take six to twelve months. George Bradt is PrimeGenesis’ managing director, and co-author of The New Leader’s 100-Day Action Plan (Wiley, 3rd edition 2011) and the iPad app New Leader Smart Tools. Follow him at @georgebradt or on YouTube.

View More
« When to Lead, Follow, or Get Out of the Way: Leadership Lessons from the Greek Bailout