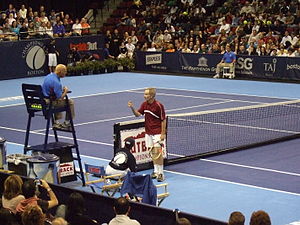 40% of executives fail in their first 18 months*.  The vast majority of the roundabout, convoluted, euphemisministic explanations we hear for those failures are subsets of one of those three: fit, delivery, adjustment.  And whomever we’re talking to almost always thinks the failure was someone else’s fault.  New executives blame the organization.  Organizations blame the executives.

Are you kidding me!

Onboarding failures are ridiculously expensive.  There’s enough pain and enough blame to go around.  So who’s to blame for a poor fit, inadequate delivery, or not dealing with change?

Let’s take them one by one.

This is generally the excuse for a role misalignment, a personal failure, or poor relationships.  It comes to light in such guises as:

“The role turned out to be different than expected”

“Poor relationships with a key ally”

This is the #1 reason for failure.  If people deliver, but don’t fit in, organizations find ways to adjust.  If things change, but people keep delivering, things end up okay in the end.  While all roads lead to delivery failure, learning, role, and personal risks often play a big part.  We hear things like:

“Job was too big for one person”

What’s scary about this is how often the changes were in progress even before the new leader got there.  Certainly situations do change.  But often the division that got shut down had been planned to be shut down even as they were recruiting a new executive for the division.  Often organizations are on a path to going out of business well before a new executive shows up.

*As Anne Fisher pointed out in New job?  Get a head start now – Fortune, 17-February, 2012, the failure rate for new executives "research shows has stood at about 40% for at least 15 years now" – "About 40% of executives who change jobs or get promoted fail in the first 18 months".  In contrast, over 90% of the executives PrimeGenesis has helped since 2003 were either still in place or promoted at the 18 month point.