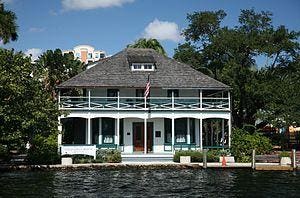 Put yourself in Doug Yearley’s shoes in November 2009. You’ve just been named EVP on the way to becoming CEO of luxury home builder Toll Brothers, a company that lost $750 million in the year that just ended due to accounting write downs. You’re entering the fifth year of a recession in your industry. Your core revenues were down 44 percent versus the prior year, and 75 percent versus the peak a few years before. If there was ever an organization that required significant change, this was it. Right?

Yearley had to engage this culture and his colleagues in the right context. Doug knew three things as he transitioned into his role as the second CEO ever at the company:

Two years later, it looks like they are weathering the storm. Even though the housing market is still bleak, Toll just announced it fifth straight quarterly profits. As Yearley is quick to point out, not enough profits – but they are profits. They have $1.2 billion of cash and $800 million in available credit.

Yearley, Robert Toll and their team are doing a couple of things right.

Face the brutal truths head on

First, they are facing the brutal truths head on. As Yearley explained to me, “This incredibly deep and dark housing recession is like none we’ve ever seen before.” They are continually “right sizing” where they have to, centralizing purchasing and watching incentives. They are managing cash carefully. Delivering even small profits with revenues down 75 percent is no mean trick.

Position yourself for future success

Second, they are positioning themselves to take advantage of the upturn when it comes. As Yearley told me,

Because we have a strong cash position and balance sheet…I can challenge the company to look into new ideas…This keeps it exciting for people even though sales may not be where we want them to be.

What Doug did not do was panic. He did not shock the system. He’s confident that he and his team can continue to right size the company, grow and return to meaningful profitability.

This is a great example of step 2 in The New Leader’s Playbook: Engage the Culture and Your New Colleagues in the Right Context

Context is a function of the business environment, organizational history and recent business performance, informing the relative importance and urgency of change. Culture underpins “the way we do things here” and is made up of Behaviors, Relationships, Attitudes, Values, and the Environment feeding into readiness for change. Crossing context and culture helps you decide whether to Assimilate, Converge and Evolve (fast or slow), or Shock. Choose your way. (Follow this link for more on context and culture.)

In this case, the business environment was beyond ugly. Recent business performance was terrible. But the organization’s history and competitive position trumped those issues. A less well-informed leader might have been tempted to change too many things too fast. Not Doug Yearley.

The New Leader’s Playbook includes the 10 steps that executive onboarding group PrimeGenesis uses to help new leaders and their teams get done in 100-days what would normally take six to twelve months. George Bradt is PrimeGenesis’ managing director, and co-author of The New Leader’s 100-Day Action Plan (Wiley, third edition just released). Follow him at @georgebradt or on YouTube