The Power of a Consistent Message Illustrated by WNET’s CEO, Neal Shapiro 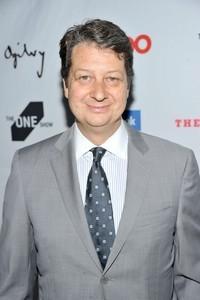 Image by via @daylife

Every time we were beginning to form up into teams, we would be reorganized. I was to learn later in life that we tend to meet new situations by reorganizing…and a wonderful method it can be for creating the illusion of progress while producing confusion, inefficiency, and demoralization.

Reorganizing your people or your ideas is seductive, giving you “the illusion of progress”.  Don’t get me wrong.  We’re all new leaders all the time.  And sometimes reorganizing is exactly the right thing to do.  But often, sticking with the same thing for a while gives you and your team the chance to build momentum.  Neal Shapiro gives us a good example of that during his tenure as CEO of WNET.

From his very first day in January, 2008, Shapiro has been driving a message of innovation and re-invention.  As he puts it,

Shapiro’s first effort to communicate his message was to create new programs centered around WNET’s core strength of arts and culture: two weekly local arts programs–one called Sunday Arts, which features the great museum exhibits, films, galleries and performances going on in New York City, and the other called Reel 13, which airs on Saturday nights and pairs a classic movie with an indie film and a short film created by our viewers.  WNET had not truly taken advantage of creating programming to reflect the rich cultural offerings in the city—nor the artistic talent of its viewers.

Other ways he drove his message of innovation and reinvention included:

The impact has been meaningful.  In March of this year, in response to an RFP from the Governor of New Jersey, Shapiro spearheaded WNET’s proposal to take over NJN, the New Jersey state-run television network. Last month, their proposal was accepted and on July 1st, they debuted “NJTV”—their rename of the network—to the citizens of New Jersey.

There have been many changes at WNET during the past 3 years—but Shapiro’s core message has remained the same: innovate, reinvent, or go out of business.

The point is not that leaders should say the same thing over and over again.  The point is that consistency of core message over time has a multiplier effect.  Shapiro brought his message to life with what he did and what he encouraged others to do.

Everything communicates. You can either make choices in advance about what and how you’re going to communicate or react to what others do. It is important to discover your own message and be clear on your platform for change, vision, and call to action before you start trying to inspire others. It will evolve as you learn, but you can’t lead unless you have a starting point to help focus those learning plans.  Identify your target audiences.  Craft and leverage your core message and master narrative.  Monitor and adjust as appropriate on an ongoing basis.