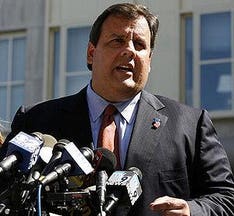 First the President could show up. You can’t negotiate through a secondary person.(1) 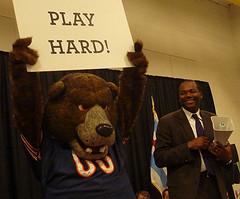 You can’t lead through a secondary person either. Leadership is about inspiring and enabling others, and ultimately, it’s a very personal exercise. As Chicago’s new school chief Jean-Claude Brizard gets this. When he started his previous job as the head of schools in Rochester, NY his vision was to

…create an environment in the district where if he asks a school principal about a specific student and their dreams, aspirations, struggles and achievement, he and school leaders will be able to have a meaningful dialogue about that child’s future.(2)

As he moves into his new role in Chicago, Brizard is driving the same message,

It’s not about reform for reform’s sake, but how do we change the lives of children? That has to be the reason why we do this work.

Salesforce.com CEO Marc Benioff’s actions at his annual management off-site meeting also reinforces the need for leaders to engage directly with stakeholders. Benioff invited all 5,000 of Salesforce.com’s employees to participate in the meeting virtually and interact in real-time with the management team through their internal social network.

Meaningful dialogue did not start until Benioff himself posted a comment about a presentation while also injecting some humor.(3)

Certainly Christie did not solve his state’s budget issues on his own. Brizard doesn’t teach students anymore. And Benioff doesn’t sell anything himself. But much of what people deep in an organization think they have to do actually gets in the way of their ability to make an impact. These leaders cut through the red tape, change processes, step in, and show up at the critical moment to rally the team and make things happen.

Christie engaged in the debate with other political leaders. He led by doing. Many of Brizard’s choices around school employees have been controversial through the years, but no one can doubt his focus on his students. Benioff had a good idea and then modeled the behavior he hoped others would adopt.

While everything communicates, many won’t believe what you say. They’ll wait to see what you do. When leaders truly believe something is important they don’t trust in words alone. They show up – as did the members of the Continental Congress in America 235 years ago this week.

These are all good examples of step 5 of The New Leader’s Playbook: Drive Action by Activating and Directing an Ongoing Communication Network (Including Social Media)

(2) Meaghan McDermott writing about Brizard in The Rochester Democrat and Chronicle, January 2, 2008