Onboarding from the Front Foot 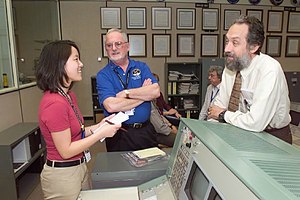 All the leadership skills in the world won't make a difference if you're practicing transition management from the back foot.  On the one hand, preparation breeds confidence and the more prepared you are in advance the better – whether you are the leader moving into a new role or the boss bringing someone in to work for you.  On the other hand, even just a little bit of leaning forward can make a big difference.

Three examples from the last week.

Role sort from the front foot

I pushed a leader to do a role sort on his 70th day in role.  At first he resisted.  Then he did the thinking and we had a conversation about what he was planning to do with a couple of key slots and key people.  He then got his boss's input into the ideas.  Two days after his conversation with his boss, another division's results came in way below expectations and the organization needed to reduce headcount.  Our leader already had his plan in place and agreed by his boss.  All he had to do was accelerate some moves he had already thought through.  His proactivity made a big impact on his boss and led to better thought through people decisions.

Reacting from the front foot

Another leader came to one of our Friday onboarding prep workshops the week before his house-hunting trip a couple of weeks before he started his job.  At that workshop he crafted his 100-day plan including his message and communication plan.  Once he got into town for his house-hunting trip his boss suggested he use part of his time to meet his peers and have some conversations with his direct reports.  With his plan in place, he was fully ready to take advantage of the opportunity and manage those initial conversations in line with his plan.

Flailing from the back foot

Heard from a colleague who did not use our help who has spent a total of 74 minutes with her boss in her first 12 weeks on the job.  She has no direction, is drifting, not making an impact and is not a happy camper.

We keep learning the same lesson over and over again: take charge of your own onboarding.  If the organization has something in place, take advantage of that as well.  But whether you are doing it on your own, proactively pushing others, or reacting to their ideas, always onboard from the front foot.

View More
« Why Apple is Doing Well Without Steve Jobs