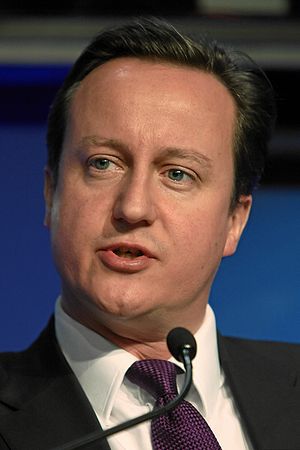 Whether or not you agree with the direction the United Kingdom’s new Prime Minister, David Cameron, is taking the country, there can be no doubt about his sense of urgency and the consistency of  his direction.

The manner in which he has shocked the UK’s political system serves as an excellent example of one way in which a new business leader can engage the culture he or she is going to dictate and lead.

During the campaign, Mr. Cameron was unapologetically clear about what he had in mind, talking about how he “would get to grips with our debt and our deficit that is hanging over our economy like a black cloud,” with an “emergency budget” (From Cameron’s 24-April-2010 campaign speech).

He reiterated the point as soon as he took over. “I think the service our country needs right now is to face up to our really big challenges, to confront our problems, to take difficult decisions, to lead people through those difficult decisions, so that together we can reach better times ahead” (From Cameron’s 1-May-2010 speech on taking over as Prime Minister).

Then, as promised, he and his team brought forward a particularly austere budget and pushed it through Parliament. This had painful budget cuts across the board including the elimination of 490,000 government jobs.

And he has stuck with his guns. “I won’t hide from people that this is going to be a difficult year but I think we just have to keep on explaining… that if you don’t deal with your debt and your deficit, you can end up like Greece or Ireland – in a real mess. We mustn’t do that, so we have to go through this difficult year” (From  Cameron’s 31-January, 2011 interview with BBC1).

Business Leaders should be careful about how they engage with the organization’s existing business context and culture. They must examine the need for change and the readiness for change, to help them decide whether to assimilate in, converge and evolve in (fast or slow), or shock the organization.

David Cameron’s actions are a good example of shocking a system that needed to be shocked.  The optimal choice depends on the combination of the need for change and the organization’s readiness for change:

In this case, the changes in the world were leaving the United Kingdom behind. There was a real risk of its financial situation going the way of Greece or Ireland. Mr. Cameron seems to have chosen wisely in shocking the system and has implemented at least the early steps well.

In the United Kingdom’s government, some of the most intractable players are found in the civil service.  Long-tenured members there have seen governments come and go and they’re still there. For many, their preferred method of dealing with government change is to keep their heads down and not make waves, knowing that if they can hide long enough they can survive almost any government.

Mr. Cameron seems to have done a good job of mapping and moving some of the key players as well.  He figured out who were going to be the early supporters of the change and enrolled them as champions of the change. He changed the balance of consequences for some of those watching from the sidelines to encourage them to jump on the bandwagon sooner rather than later. And, he moved some of his detractors out of the way quickly.

Remember that every organization has its own long-tenured civil servants. It’s not necessary to convince all of them to support the change you’re making, just make sure they don’t derail the change by what they say or do, or don’t say or don’t do. Change the balance of consequences to discourage passive-aggressive resistance.

This is a good example of step 2 of The New Leader’s Playbook, Choose How To Engage the Context and Culture

Context is a function of the business environment, organizational history and recent business performance, informing the relative importance and urgency of change.  Culture underpins “the way we do things here” and is made up of Behaviors, Relationships, Attitudes, Values, and the Environment feeding into readiness for change.Crossing context and culture helps you decide whether to Assimilate, Converge and Evolve (fast or slow), or Shock.  Choose your way.  Then map contributors, detractors, and convincible watchers so you can move each of them one step by altering their balance of consequences.